Classification of TiO2 as a category 2 suspected carcinogen by inhalation is a concern to industry groups. 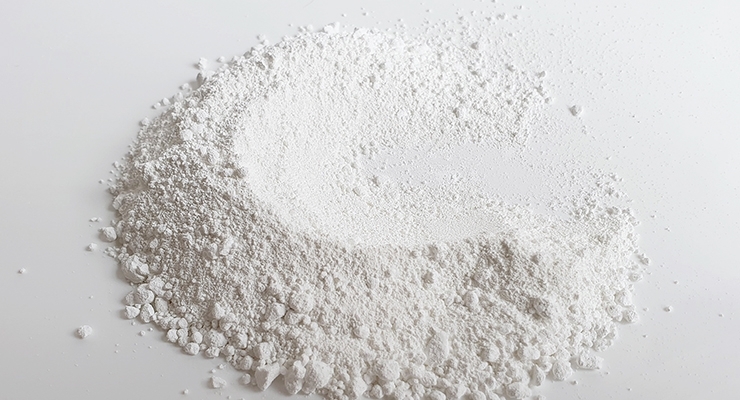 Titanium dioxide, or TiO2, is the key pigment for many products, including white inks, white paints and sunscreen. However, TiO2 has come under a lot of scrutiny in recent years as a possible carcinogen due to inhalation. The question is not the titanium dioxide itself, but rather the dust that occurs during production. In 2017, the European Chemicals Agency (ECHA) determined that titanium dioxide could be a carcinogen if it is inhaled. This has been under discussion for the past three years. On Feb. 18, 2020, the European Union (EU) published a delegated regulation classifying titanium dioxide as a category 2 suspected carcinogen by inhalation under EU Regulation (EC) No 1272/2008 on classification, labeling and packaging (CLP) of substances and mixtures. The decision goes into effect Sept. 9, 2021. This ruling has the potential for major impacts on the paint and ink industries. Dust inhalation is not limited to titanium dioxide; it could be taken to other critical powders, such as carbon black, as well as powder coatings. Even though the inks and paints made with TiO2 are in liquid form, they would require warning labels. Industry Reaction The European Council of the Paint, Printing Ink and Artists’ Colours Industry (CEPE) notes that this is the first time that such a dust effect is considered to fall under the EU legislation for Classification, Labeling and Packaging (CLP). The ruling immediately drew the attention of printing ink and paint associations. George Fuchs, director of regulatory affairs and technology for the National Association of Printing Ink Manufacturers (NAPIM), offered some preliminary comments. “Upon initial review, the primary impact of this classification is for entities handling/processing or selling dry, powder titanium dioxide where there is a potential for evolution of TiO2 particulates,” Fuchs said. “There are provisions contained in the regulation covering liquids containing 1% or more of titanium dioxide. However, at this point, this section appears to apply to TiO2 containing spray applications where aerosolized particles are produced. It is important to note that we are continuing to review this regulation and will publish our formal position shortly.” CEPE issued the following statement: “CEPE regrets the EU Commission’s decision to classify titanium dioxide. CEPE considers the use of titanium dioxide in paints, coatings, printing inks and artists colors to be safe for consumers, professional painters, and production workers. CEPE calls upon the EU to establish clarity on the waste regulation for products or articles containing more than 1% TiO2 well before the entry into force. Any confusion about the applicability must be avoided to ensure a level playing field across Europe. The industry must have sufficient time to achieve compliance... “The reasons behind the EU Commission’s decision are not related to the chemistry of titanium dioxide, but by the simple presence of dust particles in excessive quantities in the lungs, causing chronic inflammation of the lung cells in rats. “As this is an absolutely unrealistic scenario in practice (dust exposure levels in the studies are 40 times over legal limits for workers) CEPE considers the use of titanium dioxide in paints, coatings, printing inks and artists colors to be safe for consumers, professional painters, and production workers.” British Coatings Federation (BCF) CEO Tom Bowtell also offered his thoughts in a statement. In particular, Bowtell questioned the levels of TiO2 dust used for the studies on rats: “The one scientific study behind the classification was based on tests with rats, where respirable titanium dioxide dust was inhaled in excessive quantities, leading to significant impairment of particle clearance mechanisms in the rats’ lungs. This is an effect that would not happen in human lungs. The effect is not caused by the chemistry of titanium dioxide but by the simple presence of dust particles in excessive quantities in the lungs, causing chronic inflammation of the rats’ lung cells. On top of this, the rats were exposed to levels of titanium dioxide approximately 40 times the maximum that a factory worker might be exposed to in his or her job, so it is highly unlikely that any production employee handling titanium dioxide powder could ever be exposed to such levels. “Exposure to titanium dioxide powder may occur during the manufacturing of our members’ products. However, both in the UK and across the EU, regulations exist that protect workers from dust exposure. Studies over many years have not found any correlation between workers exposed to titanium dioxide and the risk of lung cancer. As mentioned above, it is unreasonable to consider any worker will ever be exposed to relevant concentrations. For this reason, we believe that the existing occupational dust limits are sufficient to tackle the concern, and we, therefore, do not agree with this classification under CLP.” What Does This Mean for the Ink and Paint Industry? The obvious question is how this will impact the industry and many of the daily products that we use. The question seems to be the safe handling of TiO2, and whether the amounts tested on the rats are well beyond any amount that would occur in production. There are secondary, yet important, questions. Can such standards be applied to other materials? What would be the impact on recycling and waste? It will be interesting to see what the next steps will be for this legislation, and how industries will deal with this classification.
Related Searches