With the start of production of the Edvard Grieg field in the North Sea, Wintershall has strengthened its position as one of the major oil and gas producers on the Norwegian Continental Shelf. The Lundin-operated oil field, discovered in 2007, has been developed with a stand-alone platform on a steel jacket construction. Wintershall has a 15 percent share.

“With the start of production of the Edvard Grieg field, Wintershall has shown once again that we are a major player on the Norwegian Continental Shelf. While adding to our total production in Norway, we have helped, alongside the operator and our other partners, to bring an important regional project to production on time and to budget. This is an important landmark for us as we focus on bringing our own discoveries such as Maria and Skarfjell to production in the coming years,” said Bernd Schrimpf, Managing Director, Wintershall Norge. Since 2012, Wintershall’s production in Norway has risen from around 3,000 barrel of oil equivalent (boe) per day to more than 60,000 boe.

Edvard Grieg, located around 180 kilometers west of Stavanger in the Utsira High Area of the North Sea with estimated reserves of 187 million boe, has been designed as a regional hub to receive and process hydrocarbons from developments and discoveries in the area. The oil will be transported via the Grane pipeline to the Sture terminal on the west coast of Norway, while gas will be transported via a separate pipeline system to St. Fergus in Scotland.

The platform is the second development with Wintershall participation to be brought into production in Norway in 2015. In March, the Knarr Floating Production, Storage and Offloading unit operated by BG Group began producing in the North Sea.

“Wintershall has been a partner in the Edvard Grieg license since the beginning meaning we have been involved in bringing an asset all the way through the upstream development cycle. Knarr was the first time we had done this. Now we have repeated the achievement in a single year. I’m proud of our participation in this project, and want to pay credit to Lundin and the other partners,” said Eivind Torheim, Head of Development, Wintershall Norge.

Wintershall has a 15 percent share of the Edvard Grieg license. Lundin is the operator with 50 percent. The other partners are OMV (20 percent) and Statoil (15 percent).
Related Searches
Suggested For You

BASF: Sale of Selected Assets to Tellus Petroleum will not be Completed 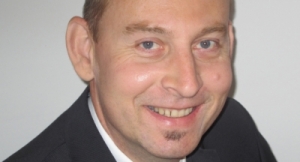 Plan for Development and Operation for Maria Approved