Honeywell to Name its Resins and Chemicals Business Spin-off AdvanSix

Honeywell has announced its intention to spin-off its Resins and Chemicals business into a standalone, publicly traded company named AdvanSix Inc. Honeywell will file a Form 10 relating to the transaction with the Securities and Exchange Commission shortly. Completion of the transaction is expected to occur by early 2017 and is subject to certain customary conditions, including, among others, assurance that the spin-off of AdvanSix will be taxfree to Honeywell shareowners, the effectiveness of appropriate filings with the U.S. Securities and Exchange Commission, and final approval by Honeywell’s Board of Directors. There is no impact to financial guidance at this time.


Upon completion of the spin-off, AdvanSix will be an independent, global, manufacturer of Nylon 6, a polymer resin used to produce engineered plastics, fibers, filaments, and films that, in turn, are used in end products such as automotive and electronic components, carpets, sports apparel, fishing nets, and food and industrial packaging. AdvanSix also produces Sulf-N ammonium sulfate fertilizers and chemical intermediates, including phenol, acetone, and Nadone cyclohexanone, and is the largest single-site producer of caprolactam.

Erin Kane will serve as president and chief executive officer of AdvanSix upon completion of the transaction. Kane currently serves as vice president and general manager of the Resins and Chemicals business, a position she has held since October 2014. She joined Honeywell in 2002 and has held numerous marketing, management, and business director roles in Resins and Chemicals and other businesses within Honeywell. Prior to joining Honeywell, Kane held Six Sigma and process engineering positions at Elementis Specialties and Kvaerner Process. 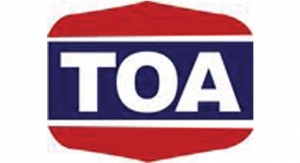