The global paints and coatings market grew to a value of $141.5 billion in 2015, with Asia-Pacific (APAC) emerging as the largest regional market, and accounting for more than 55% of global market value, according to research firm MarketLine.

The company’s report shows that China and the US form the two largest paints and coatings markets, valued at $53.3 billion and $21.3 billion, respectively. China, however, is expected to continue growing at a fast pace, while growth in the US is forecast to be moderate.

Mohammad Hamza Iqbal, Analyst for MarketLine, states: “The global market has been growing at a healthy pace in recent years, with the compound annual growth rate (CAGR) standing at a strong 5.5% between 2011 and 2015. However, this figure does not necessarily represent all regional markets, since Europe in the same period has witnessed a CAGR of only 1.8%, with France notably standing out for very weak growth. By contrast, the APAC region has grown with a CAGR of 8.3% in the aforementioned period.”

Forecasts to 2020 suggest that trends within the global paints and coatings market should remain largely the same, with growth decelerating slightly in the APAC region as, amongst other factors, the Chinese economy slows down. APAC should nevertheless be the strongest performing region over the forecast period, and is expected to rise at a CAGR of 6.3%. Growth in the European regional market, meanwhile, is expected to accelerate slightly to 2% over the same timeframe.

MarketLine’s report shows that the architectural and decorative segment was the largest in the global paints and coatings market, accounting for 51.1% of its total value. Regional variations exist as far as segmentation is concerned, however, with the industrial paints and coatings segment, for example, forming the largest one in the Middle Eastern and Japanese markets. The architectural and decorative segment, however, formed 51.0% of the US market.
Suggested For You 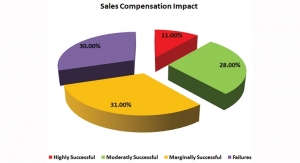 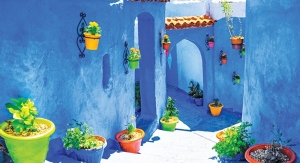