Can Automotive Coatings Save the Market?

The automotive market could be a bright spot as China begins to recover from the COVID-19 pandemic. 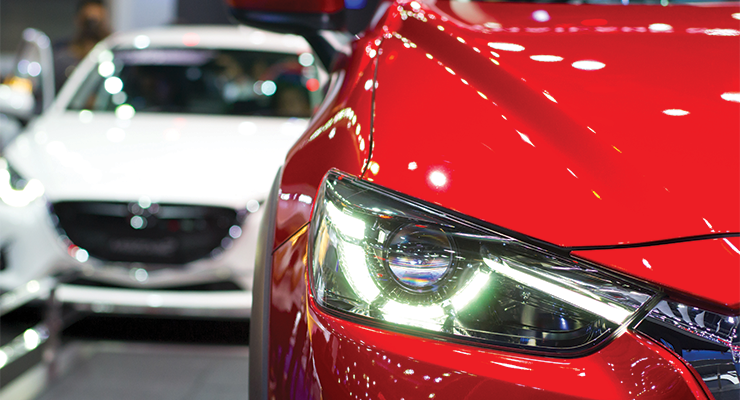 As the world is still fighting the COVID-19 pandemic, China’s economy has been recovering fast from its bottom. But not all industries have come back at the same pace.  Tourism and entertainment markets are still very weak.But some pillar markets are leading the recovering trend and even growing at a faster speed than they were before COVID-19..

Automotive market is back on growth track

According to statistics released by China Automotive Industry Association, the output of the automotive industry in May grew by four percent over that in April, and by 18.2 percent over the same period of last year.

But the total automotive output still decreased by 24.1 percent from January to May over the same period of last year.

Passenger vehicles’ output has returned to a growth track, and commercial vehicles and trucks grew all at around 50 percent in May, and the sales volume of light trucks and heavy trucks both beat their historic record for May.

On June 5, Jili Automotive said that it sold 108,822 vehicles in May, an increase of 20 percent over the same period of last year and three percent over last month. Jili owns the Volvo car brand.

First Automotive Works-Volkswagen, the first automotive joint venture in China, announced that it sold 186,777 cars in May, grew by 22 percent over the same period of 2019 and grew by 12.7 percent over April.

Among all its brands, Audi grew the most in May with an increase of 36 percent over the same period of last year.

Changan Ford, the joint venture for Ford in China, grew by 130 percent for sales volume over last May.

Toyota’s sales volume increased by over 20 percent in May in China, compared with a sharp decrease in its global sales for 45.3 percent in April.

As COVID-19 is still a concern for outdoor activities, people’s perception that staying in a private vehicle is safer than in public transportation drives the sales of passenger cars.

This new trend provides new momentum to the production and sales of automotive coatings in China.

In addition, as car ownership stays at a high level, the demand for automotive refinish will also show strong growth and is also an attractive market segment for investors.

But OEM coatings need to be certified by car brand owners, so with mature technologies and brand reputation, foreign brands such as PPG, Axalta, AkzoNobel, Nippon Paint, Kansai and BASF, etc., are controlling the OEM car market – more than 80 percent.

The only Top 10 domestic brand in the automotive coatings segment is Donglai.

However, Donglai’s business focuses on automotive refinishes, and the lucrative car body coatings segment is largely not in the hands of local brands.

But domestic coatings producers are also trying to get a bigger piece from this growing cake.

On April 28, Axalta broke ground on the expansion project of its Jiading plant in Shanghai and the new project, when completed in 2021, will produce waterborne coatings for its south and east China customers. Axalta has one liquid coatings plant respectively in Jiading of Shanghai and Jilin, and a powder coatings plant in Qingpu, Shanghai.

Nippon Paint has a technical renovation project in its Langfang plant in Hebei province.

While foreign coatings companies keep investing in new capacities, domestic coatings companies are not backing up from the competition. They keep expanding their client base and enter new market segments such as new energy vehicles.

The new project, scheduled to be completed in June 2021, will produce 10,000 coatings per year.

Delian, with its stock listed in Shenzhen stock trade market, provides fine chemical products to automotive brand owners for 26 years. It recently developed a new relationship with Tesla for its coatings products.

Recovery speed is promising so far

Automotive coatings alone could not save the whole coatings market.

At least it seems all the cars are back on the street and traffic jam begins to make trouble for people who want to punch a timeline.  Unlike before, this is a good signal in most people’s perception.