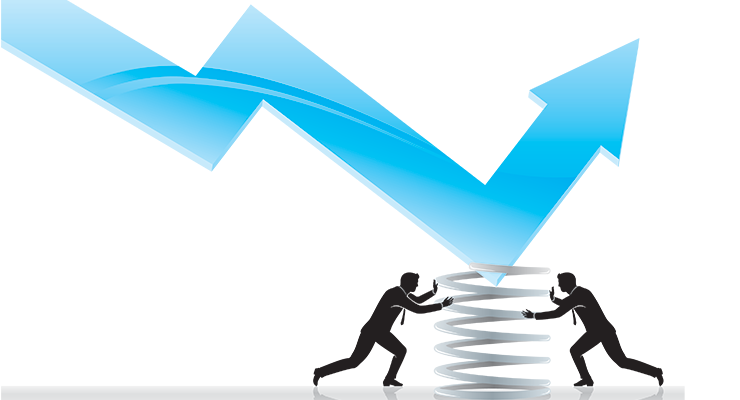 But the massive support program, for which the EU alone is planning to allocate €750 billion ($840 billion), will not just be aimed at achieving economic recovery after Europe has been plunged into its worse economic crisis since the Great Depression.

It also as the objective of giving the region the economic foundations for long-term economic growth.

The European Commission, the EU executive, calls the Union’s package a “Recovery and Resilience” program or a “bounce forward” rather than a “bounce back.”

Similar language is being used by European governments to describe their own action plans which are closely tied to the EU’s targets.

For coatings companies and their customers, the huge interventions being prepared by governments show businesses what are highly likely to be the growth areas of the future and how they should themselves plan accordingly.

For many companies, however, the sustainability principles underpinning the policies of the governments are consistent with key parts of their own long-term strategies.

In a letter to UK prime minister Boris Johnson in early June 2020, over 200 businesses urged that the country’s COVID rescue plan should “deliver a clean, just recovery, that creates quality employment and builds a more sustainable, inclusive and resilient UK economy for the future.’’

Ellen MacArthur Foundation, a UK-based NGO campaigning across the world for a zero-waste, renewables-dependent circular economy with products being reused and recycled, has argued that sustainability does not work without ensuring profitability.

In much of Europe, a consensus has arisen across the political spectrum in which even conservative backers of the free market support state intervention to build robust post-COVID economies able to withstand future pandemics, economic crises and environmental catastrophes.

Ar the core of the resilience program at the EU level is the European Green Deal, a policy framework with the overall aim of Europe becoming carbon neutral by 2050 with a 50-55 percent reduction in emissions of greenhouse gases by 2030.

The deal was supported by the governments of the 27 EU member states late last year and by the European Parliament in January 2020.

It provides for new EU legislation on a circular economy action plan, low energy buildings, biodiversity and initiatives stemming from a wide range of R&D projects.

EU countries are committed to meeting the major Green Deal objectives, which will now be accelerated with the help of COVID stimulus funds from the EU and their own governments.

Countries outside the EU like Switzerland and the UK, which formally left the Union in January 2020, are also adopting measures in line with the Green Deal’s aims.

Among the specific sectors benefitting considerably from COVID-linked loans, grants and investments are transport, particularly automobiles.

In response to public pressure for cleaner air, European governments are anxious to speed up the switch from internal combustion engine (ICE) cars to electric vehicles (EVs) and hybrids combining ICE and battery power.

In addition to €1 billion in aid to battery research, development and production last year, the German government is subsidizing EV purchases by €6,000 per vehicle. It also announced in June that all petrol stations would have to provide EV charging facilities.

Other European governments are aiming to create national EV battery industries vertically integrated into local raw material suppliers, including coatings and their ingredients.

With the likelihood of a surge in EV or hybrid car sales, coatings companies like PPG Industries are stepping up their activities in battery coatings in Europe.

Specialty chemicals producer Solvay has been developing specialty polymers for coatings of components of lithium-ion batteries.

Besides aiming to become a big player in the global car battery market, Germany wants to be a world leader in hydrogen power in transport and other sectors with the Germany government allocating €7 billion for the production of green hydrogen.

The Netherlands is pursuing a similar ambition by building capacity for large scale electrolysis production of hydrogen-powered by renewable electricity.

Hydrogen supply projects through piping networks and other distribution infrastructure will require efficient anti-corrosion coatings to counter the corrosive effects of hydrogen.

Another priority for public sector support is construction because of the high levels of CO2 and other gases emitted from buildings.

Europe needs to reduce the energy consumption of buildings and their materials if it is to meet its carbon neutrality targets.

Demand for coatings which help raise the energy efficiency of buildings, particularly in new and renovated offices and residential premises.

Healthcare facilities like hospitals will require a combination of coatings that are energy efficient and, in the wake of COVID, more effectively anti-microbial.

The growing necessity for low cost, low energy construction will boost the need for offsite or prefabricated manufacture of buildings and their components.

This will mean that increasingly construction coatings will be applied, often mechanically, in factories rather than on-site.

More R&D money is going into improvements in construction coatings with an emphasis on greater energy efficiency.

The EU has been financing more research into temperature-sensitive phase change materials whose sales have been growing at an average double-digit annual rate.

Among the biggest R&D projects, some comprising public/private partnerships, are those focused on circular economy issues like how to ensure that coatings and other materials and their ingredients are sufficiently durable and safe to enable products to go through at least two life cycles.

Already major coatings customers and their supply chains have pledged to turn their businesses into full participants in the circular economy.

“To become circular is one of our big ambitions and challenges for the future,” said Lena Pripp-Kovac, chief sustainability officer at Inter IKEA Group, the furniture and household products retail chain. “It is a transformational shift of our entire business from how we develop our products and services, and source materials, to how we work through the supply chain.

“Our goal is to give products and materials a longer life through the four circular loops: reuse, refurbishment, remanufacturing, and, as the last option, recycling,” she added.

In the aftermath of the COVID-19 pandemic, coatings companies face the challenge of meeting the ambitions of multinationals like IKEA and priorities set by governments and reinforced with large amounts of public sector money.