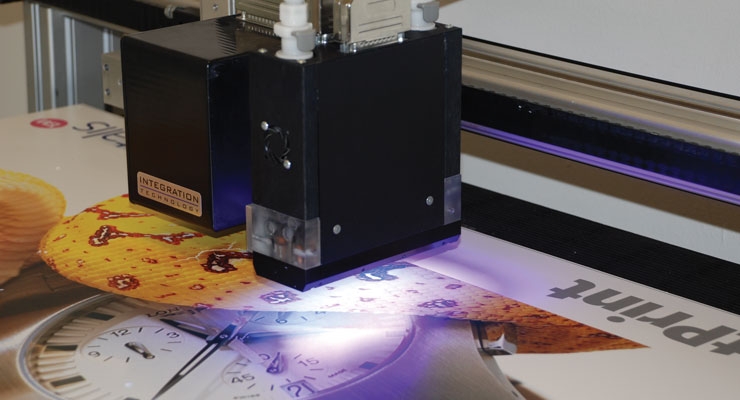 Coatings World:  Can you describe the basic technology behind radiation curable coatings?

Mike Idacavage: The technology behind radiation curable coatings can be thought of as changing the way a coating is cured. In radiation curable coatings, UV energy, visible light, or low energy electrons (EB) are used to form a coating, film or ink as opposed to thermal, evaporative, or oxidative (air-dry) cure. Another way to think of this technology when it comes to coatings is that we are now using light instead of heat (ovens) to solidify the liquid coatings formulations to the desired solid coatings required for many applications. Of course, to make this happen there are some necessary changes that has to be made in the coatings formulations such as the addition of photoinitiators to react with the light and reactive resin materials that will then cure with the photoinitiators. However, the overall concept can be thought of as substituting light for heat in curing a coating.

CW:  What are the benefits/advantages of using radiation curable coatings?

Idacavage: As you might imagine, there are quite a few benefits as you replace typical thermal ovens with a light source. The most cited benefit on converting over from thermal to light or EB cured formulations is productivity. The typical light cured coating can go from a liquid to a fully cured solid in a few seconds or less as compared to an oven cure, which might take minutes or hours.  In general, this will allow a converter to greatly increase the line speed of the coating line as the desired coating will be fully cured and ready to be packaged almost immediately. Another benefit of radiation curable coatings is that in many cases, there is considerable less energy required to cure the coating. With no need for lengthy thermal ovens and their required heating sources, the use of a small UV lamp as the energy source for curing results in clear energy savings. Another frequent advantage of radiation curing can be found in a common difference between a thermal coating formulation and a radiation curable coating formulation. Typical thermal formulations contain solvent that needs to be removed by the ovens before a sold coating is formed. Depending on the coating requirements, a radiation curable coating will be formulated at 100%, thus eliminating the need to remove solvents and handle that waste stream. Finally, a benefit that sometimes gets overlooked is the ability of a radiation curable coating to result in a coating that has unique properties that are difficult to achieve otherwise.

Idacavage: The use of radiation curable coatings has really expanded since their first introduction in the 1970s. In some applications, they are now the dominant technology for the benefits and advantages that I mentioned earlier. Some of the industries that commonly use radiation curable technology are in wood coatings, automotive headlight coatings, overprint varnishes, photopolymer printing plates, etc. There are even industries that have been created due to the use of radiation curable technology. One that comes to mind is the use of UV curable coatings to manufacture fiber optic cables. It is the combination of the benefits mentioned earlier that allow this key piece of modern technology to become practical.

CW:  Are there any untapped markets that you think radiation curable coatings could penetrate?

Idacavage: Currently, the vast majority of coatings are created through traditional thermally cured technology. I believe that radiation curable applications are at best only a few percent of the total coatings market. While this is a very large number when it comes to pounds of radiation curable formulation used or square feet coated, this still leaves a massive amount of opportunities waiting to be converted. While many of the applications that currently use thermal curing will not move to radiation curing due to economic or practical considerations, that still leaves a lot of untapped possibilities. Applications that require improved productivity or face restrictions due to environmental regulations would benefit from looking closely at radiation curable technology. I also believe that the ability of radiation curable chemistry to create new combinations of properties will result in innovation in markets that would not be traditional end users of this technology.

CW:  What are some new technologies being developed related to radiation curable coatings technology?

Idacavage: This is a great question that I think can be answered in several different ways, depending on the point of view of the person posing the question. If the aim of the question is to find out what new advances can be found within radiation curable technology, I would point out the very high level of interest in UV-LED curing. In this practice, the traditional mercury-based UV bulb is changed out with a UV-LED bulb. This offers some distinct advantages of long life time, cooler operating conditions and less of a gradual drop off in energy. To balance this out , there are some disadvantages such as the limited availability of photoinitiators that can make use of the light from a UV-LED bulb. I believe that both traditional mercury bulbs and UV-LED bulbs will each play a role in the development of new applications.

If the question is geared to what new applications might be on the horizon, then my answer would be based on the ability of new chemistry, formulations and equipment to start to produce coatings that have two or more properties within the same cured product. For example, a new formulation may combine a hard, scratch resistant coating with some unique optical properties. By combining several needed attributes in the same system, the new generation of radiation curable coatings will enable new materials for a wide range of end applications.

Idacavage: The State University of New York College of Environmental Science and Forestry (SUNY-ESF) and RadTech International North America (RadTech) has partnered to create a program that bridges academic and professional development in the area of radiation curable coatings. The Radiation Curing Program (RCP) helps both students and industry professionals take advantage of these emerging opportunities. There are two types or levels of courses that can be taken in this program. The first is online professional development short-courses that can be completed in 4-6 hours. These include the Principles of Energy Curing Technologies which is a basic overview of radiation curable technology and the Basics of UV Curable 3D Printing which is an introduction to the very current topic of 3D printing. I teach both of these courses and they are focused on those who are new to this technology.

For those wanting more in-depth knowledge, RCP offers three advanced online courses that provide foundational and advanced treatment of current and emerging UV/EB curing principles and applications. These courses offer three 500-level credits each. These courses are the Introduction to Polymer Coatings, Radiation Curing of Polymer Technologies and Radiation Curing Equipment, Instrumentation and Safety. The advanced courses are taught by experts in the area and like myself are based in industry. The advanced courses may be taken for graduate credit or as non-credit professional development.

Dr. Mike J. Idacavage received his B.S. (Chemistry) from Drexel University in 1975 and his Ph.D. from Syracuse University in 1979 (Organometallic Chemistry). His work in the area of radiation curing started at Eastman Chemicals with the establishment of a photopolymer lab in 1985. In 2003, Idacavage received the President’s Award for Outstanding Achievements to the Radiation Curing Industry from RadTech North America. He has served as president of RadTech North America for the 2009 to 2010 term.  Currently, he is the vice president of business development with a focus on industrial coatings, 3D Printing resins and adhesives for PL Industries, a division of Esstech Inc.  He is also an adjunct associate professor at SUNY-ESF in Syracuse, NY teaching courses in UV and EB curing technology.