China sold over 10 million vehicles in the first half of this year and in June alone China sold more than 20.6 percent of passenger vehicles than the same month of last year, the highest growth record in 2016.

With robust demand from infrastructure, real estate and automotive markets, coatings output has increased by 6.92 percent to reach 10 million tons by the end of July, 2016, compared with only 1.42 percent growth in the first half of 2015. Although several key pillar industries continue their fast growth, some industries are still struggling to turn around from their downturn period. For example, demand from manufacturing and exports are still soft. Furthermore, another challenge faced by coatings producers is that raw materials’ price have been bouncing back from their bottom following recent recovery of oil price.

According to the proposal of China’s coatings industry proposal for 13th Five Year Plan, which spans from 2016 to 2020, the total coatings output is estimated to be 22 million tons in 2020. The output of environmental friendly varieties will be 57 percent of total coatings output in 2020. And the plan hopes to have over 10 coatings companies whose annual sales will be over five billion RMB and have the coatings output of the top 50 companies to reach 50 percent of total output. Whereas double digit growth may not be seen in the future, the growth of the China coatings market is still not slow compared with those of developed countries. The same quick growth will not be as easy for coatings companies to achieve as they could before, and  innovative marketing strategies and solid quality products are needed to win the competition in the future.

Although foreign investments have been slowing down in China, Nippon still decided to increase capacity in China by a large scale, a signal reflecting that large foreign coatings companies are still optimistic about the future of the coatings market in China. Nippon currently has five large manufacturing bases in China, respectively located in Shanghai, Langfang, Guanghou, Chengdu and Suzhou. Recently, Nippon announced that it plans to construct two comprehensive manufacturing bases and several small scale plants in China, increasing Nippon’s total plant number to 38 in around three years. Furthermore, Nippon will expand the retail network by opening more Nippon retail stores nationwide. By implementing all of these strategies, Nippon hopes to increase its market share in China’s interior decoration market from 30 to 50 percent. Nippon’s confidence is originated from its analysis of China’s coatings market, especially the growth of the repainting market.

Currently, less than 10 percent of the potential of the repainting market has been developed, so Nippon as well as other companies such as Dulux believe the business opportunity in this market segment offers big growth potential in the future.

The new investment from Nippon is a rare move in China where the growth of China’s economy is slowing down and foreign companies are diverting their investment to other Asian countries such as India, Vietnam and the Middle East, where quick growth is still foreseeable. However, Nippon’s new investment plan will increase the current fierce competition in the Chinese coatings market.

Some small or middle sized companies’ revenues will be under more pressure and may even be pushed out of the market when Nippon’s new capacities are released.

With the increase of household disposable income in China, Chinese consumers are more interested in increasing artistic elements and tastes on the exterior wall coatings of their living rooms, a reason why artistic coatings are so popular right. Simple white paint or single color coatings could not satisfy some high-end customers’ demand. To meet the new trend in the market, domestic coatings companies quickly launched corresponding coatings products. And foreign artistic concepts, especially Italian elements, are always combined with domestic coatings products to attract Chinese customers.

And some domestic companies have developed this market segment in recent years.  Carpoly is one of the pioneer companies who launched artistic coatings in China several years ago, and is now opening around 200 artistic coatings stores in China already. Besides Carpoly, Badese and Maydos are also promoting hard in the market of their artistic coatings brands in China. Badese is not only one of the top 20 coatings producers in China but also one of the largest emulsion manufacturer who competes with Rohm and Haas, who was merged into Dow Chemical in 2009, and BASF, a great success story considering Badese’s history is only 20 years.

Marketing will be the key to success in the future

Investment and capacity were critical in the past to achieve fast growth when the market was not mature. But counting on only economy of scale to compete in the future might lead to disastrous failures without the support of solid quality products and differentiated marketing strategies. Apparently coatings companies need to invest more in marketing and brand management in China.
Suggested For You 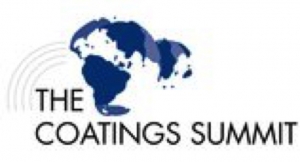 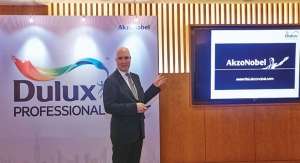