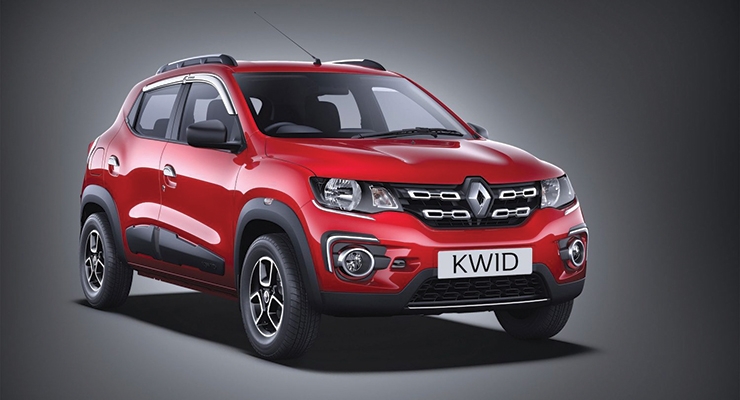 Brazil may be starting to shake off the economic chill that permeated the country under the storm of corruption that culminated in the ousting of the last president. The automotive sector is warming, moreso in exports than domestic sales, and leading a slight uptick in industrial performance. Overall, the economy is predicted to expand by 1.3 percent this year under new President Michel Temer, compared with a contraction of 6.6 percent last year.

While a large driver in this growth is the export market, domestic consumption also rose in the five-month period. New vehicle licensing was up 25 percent to 196,000 vehicles during the period, compared with the year-earlier figure, Anfavea reports.

Exports of both finished vehicles and parts are up. One exporter targeting new markets in the Middle-East/North African region is parts company ZEN, based in Santa Catarina state, which is targeting a 20 percent export increase by shipping to Algeria, Morocco, Egypt and other countries in the region.

Despite the economic doldrums last year, strategic auto investment was on a rise. A survey by the Banco Central do Brasil indicated that during the first seven months of 2016, foreign direct investment in the Brazilian auto industry was up 77 percent, compared with the year earlier period. Among new investments in the automotive sector, which is centered around Sao Paulo, Volkswagen announced in November that it would invest $2.18 billion in Brazil by 2020.

Middle class spending may be part of the rise in auto consumption, and may bode well for a rise later this year for demand within the architectural paint segment. In March, Fabrice Cambolive, the CEO of Renault Brasil, told economic magazine Valor Econômico, that he believed in a quick recovery for the Brazilian market. His company is expanding its model offerings to  invest in what Cambolive said he believes to be the biggest growth area in the Brazilian car industry, which is sport utility vehicles, or SUVs. He was quoted as saying that from 2014 to 2016, the market share for SUVs grew from six percent to 15 percent. “This is something I have never seen in another country,” Cambolive was quoted as saying.

Overall industrial production in Brazil also is improving, but much more slowly, with a national rise of 0.6 percent in April compared with March data, released in June by Instituto Brasileiro de Geografia e Estatística (IBGE), the national statistics bureau. On a state-by-state basis, the agency also reported that April industrial production had risen by 1.2 percent over March in the Santa Catarina area, while the Sao Paulo area slipped by a mere 0.1 percent from the prior month.

This warming is good news for paint and coatings suppliers, which have been waiting out the economic downturn for several years now. One new $9 million investment is by AkzoNobel, which has opened a new performance coatings production facility in Santo André, Sao Paulo state. The company is moving and expanding its Niterói, Rio de Janeiro state industrial and maritime operation to the new location. The larger facility will have 50 percent increased production capacity for large batch formulation, the company says. A new distribution center also expands shipping capacity by 50 percent. And an increase in automation will improve production control and quality. CW
Related Searches
Suggested For You