Coatings World presents a guide to Indianapolis’ most fun and famous attractions. 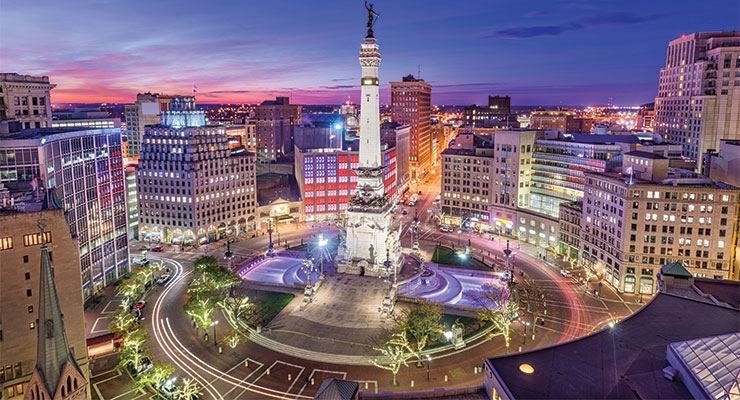 •  If you went out every night in downtown Indy, it would be a year before you were forced to go to the same place twice.
•  If you’re under 14, you can be fined $3 per swear word in Indianapolis, with a maximum of $10 worth of fines per day.
•  The first event at the Indianapolis Motor Speedway was a helium-filled balloon competition in 1909.
•  David Letterman, host of television’s “Late Show with David Letterman,” was born April 12, 1947, in Indianapolis.
•  Marcella Gruelle of Indianapolis created the Raggedy Ann doll in 1914.
•  Indianapolis Motor Speedway was originally paved with 3.2 million bricks, earning it the name “Brickyard.”
•  The first long-distance auto race in the U. S. was held May 30, 1911, at the Indianapolis Motor Speedway. The winner averaged 75 miles an hour and won a 1st place prize of $14,000. Today the average speed is over 167 miles an hour and the prize is more than $1.2 million. Indianapolis Motor Speedway is the site of the greatest spectacle in sports, the Indianapolis 500. The Indianapolis 500 is held every Memorial Day weekend in the Hoosier capital city. The race is 200 laps or 500 miles long.
•  The Lucas Oil Stadium roof only takes eight minutes to open.
•  True to its motto, “Cross Roads of America” Indiana has more miles of Interstate Highway per square mile than any other state. The Indiana state Motto, can be traced back to the early 1800s. In the early years river traffic, especially along the Ohio, was a major means of transportation. The National Road, a major westward route, and the north-south Michigan Road crossed in Indianapolis. Today more major highways intersect in Indiana than in any other state.
•  Indianapolis has the second most monuments and memorials in the nation with 33, behind only Washington D.C.
•  Indianapolis grocer Gilbert Van Camp discovered his customers enjoyed an old family recipe for pork and beans in tomato sauce. He opened up a canning company and Van Camp’s Pork and Beans became an American staple.
•  Before Indianapolis, Corydon served as the state’s capitol from 1816-1825. Vincennes was the capital when Indiana was a territory.
•  In 1862, Richard Gatling, of Indianapolis, invented the rapid-fire machine gun.
•  Indiana’s first major railroad line linked Madison and Indianapolis and was completed in 1847.
•  In the summer of 1987, 4,453 athletes from 38 nations gathered in Indianapolis for the Pan American Games.
•  The Saturday Evening Post is published in Indianapolis.