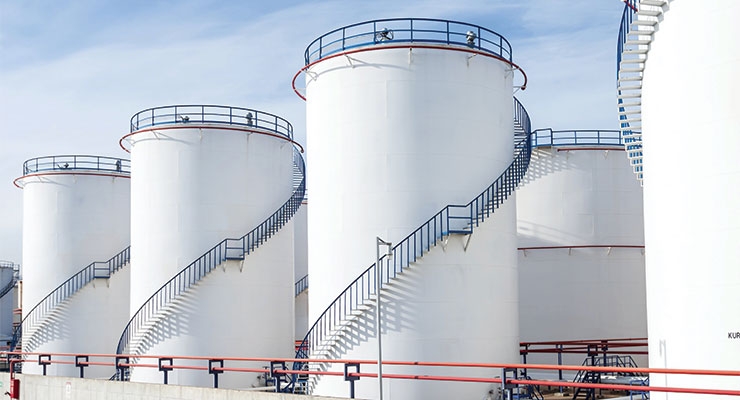 The plant has the capacity to produce 50 tons of single-wall nanotubes per year. 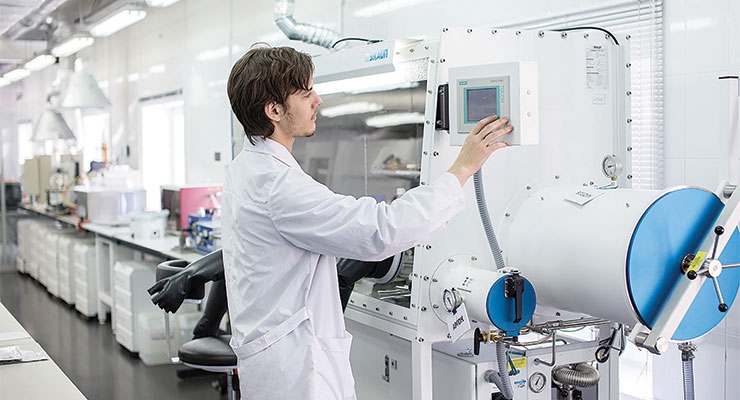 Single-wall carbon nanotubes can be used for changing electrical conductivity properties in coatings. 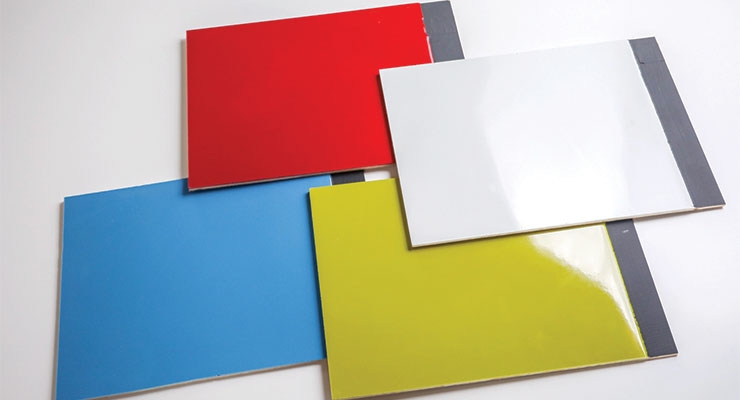 OCSiAl is expanded its range.

Luxembourg-based OCSiAl  put into operation Graphetron 50 – a plant with the capacity to produce 50 tons of TUBALL-branded single-wall carbon nanotubes (known as graphene nanotubes) per year, the company said in a statement Feb. 11. Carbon nanotubes are likely to be in short supply on the global market, and there is an increasing interest in this material for the production of advanced coatings.

The launch of the new facility consolidated OCSiAl’s leading position in the global market, with the company accounting for more than 90 percent of global graphene nanotube production capacity, OCSiAl said in the statement.

The first plant, Graphetron, was put into operation in 2014. It has now reached a production capacity of 25 tons per annum. Currently, there are no similar Graphetron production units in the world; according to OCSiAl, no other company can produce even one ton of single-wall carbon nanotubes per year.

Yury Koropachinskiy, president of OCSiAl, said the demand for single-wall carbon nanotubes in 2021-22 will be approximately 100-150 tons per year.

The main factors driving the demand is a technological revolution currently seen in the electric vehicle industry, as well as the associated changes in the production of batteries, tires and materials for car bodies, Koropachinskiy said.

Single-wall carbon nanotubes are long and very thin, so they can be distributed well throughout a material, forming a network and already at thousandths of a percent in terms of structure it can be compared with the armature in concrete, and so the properties of this material could be adjusted significantly.

According to OCSiAl, single-wall carbon nanotubes are now used for changing electrical conductivity properties of coatings, and to produce conductive coatings. This is necessary for the coatings used at the facilities for the production of flammable substances or coatings applied in places, where electronic, including computer equipment, is operating to not allow uncontrolled discharge.

“We compare TUBALL nanotubes with conductive carbon black and graphite powder, which are often used for lining coatings.

These are good conductive agents, but they play short when it comes to clean production, they negatively influence rheology and mechanical properties of coatings,” OCSiAl VP Zakhar Bolshakov said. “In contrast, TUBALL nanotubes are well rounded conductive agent offering a combination of good performance on all key parameters.”

Additionally, single-wall carbon nanotubes could be effectively used in the manufacturing of repair coatings. The material gives components from the aviation, rail and automotive industries a new life cycle and improves their operational characteristics, according to Bolshakov.

“The important point about this case that there was no previous solution, as no other conductive agent could meet the product requirement,” Bolshakov said.

OCSiAl is currently promoting TUBALL MATRIX – a line of high-dosage concentrates based on polymer carrier and pre-dispersed TUBALL single-wall carbon nanotubes. This product line was designed to provide easy-to-apply and flexible electroconductive properties to a wide range of polymers. Bolshakov provided five reasons for making TUBALL MATRIX a foundation for project-based solutions in conductive epoxy coatings.

“First is that standard coating equipment is needed for TUBALL MATRIX application. Second, is a full range of resistivity, which gives the possibility to meet all market requests with only a single masterbatch,” Bolshakov said. “Third is a short dilution time, which does not significantly increase production cycle for electrically conductive coatings. Fourth is a possibility to achieve electrically conductivity properties without losing the color and fifth is that TUBALL MATRIX provides uniform and permanent electrical conductivity. Application of conductive carbon black, on the other hand, often results in uneven dispersion and ‘hot spots’ of conductivity.”

Single wall nanotubes might be used for the manufacturing of electrostatic coating also known as e-coating. In this method, paintwork materials are initially projected towards a conductive workpiece using electrostatic spraying methods, and then it is possible to achieve efficiency of paintwork materials consumption, thin and uniform layers of top-coats. This technology is used in a wide range of industries, including the automotive industry, where manufacturers put coatings on both metal and plastic parts.

There are several examples when single-wall carbon nanotubes have been successfully used in the coatings industry. For example, BÜFA said it developed resin formulations for gel coats and GRP-composites based on OCSiAl nanotubes. A concentration of just 0.05 percent of TUBALL allowed the company not only to adjust the surface resistivity of a gel coat to 10^4 Ω/sq but also to preserve the mechanical properties and maintain the existing formulation and processing.

OCSiAl is also expanding the existing production range. In August 2019, it introduced four new prototypes of TUBALL MATRIX products designed specifically for the elastomers industry. The new products enhance the compatibility of TUBALL for use in elastomer compounding with matrices refined to support fluoroelastomers, EPDM and tire compounds, the company said.

TUBALL MATRIX 608 for fluoroelastomers is designed for gaskets, seals and other components used in the oil and gas, semiconductor and aerospace industries. Adding TUBALL MATRIX 608 during compounding has shown to improve tensile strength up to 36 percent, tear strength up to 90 percent and abrasion resistance up to 27 percent while also enhancing conductive properties and color capabilities, per OCSiAl.

OCSiAl also sees some opportunities in promoting its single-wall carbon nanotubes as an agent enhancing antifouling properties of coatings.

OCSiAl is putting a lot of effort to promote its production on the global market.

In 2019, the company signed contracts for selling its single-wall CNTs to some big new customers (brand names are covered with NDA).

“All these companies conducted a multi-staged audit of the production site in Novosibirsk and confirmed its compliance in terms of technological equipment and safety,” Koropachinskiy said. “As of today, the established production has a capacity of 75 tons of single-wall carbon nanotubes per year, but the production could be further expanded to 150 tons per year.

“In the future, our network will be only growing, as we target to launch production facilities and technology development centers where our clients are based,” he added. “This includes Europe, South-East Asia and the U.S.”

While more companies get an opportunity to try single-wall carbon nanotubes, more companies are expected to begin using them during the coming decade.

“Judging from official plans of automobiles producers, in 2025 batteries alone would consume 250 tons of nanotubes,” Koropachinskiy said. “To meet that demand we would need to launch new production already in 2023. In a decade from now, all technologies used in electromobile production could require from 5,000 to 7,000 tons of nanotubes. So what we do now, is only a beginning, a test case.”

In 2017, together with the Ministry of Economy and the Ministry of Finance of the Grand Duchy of Luxembourg, OCSiAl signed a Memorandum of Understanding to construct a graphene nanotube factory in Luxembourg. The commissioning of the first production line with an annual capacity of up to 100 tons per year is scheduled for 2023.

To provide even better technical support for its customers in regions with a strong OCSiAl presence, the company has launched its two TUBALL Centers in Russia and China. These Centers also focus on developing new nanotechnology breakthroughs. For its European customers, OCSiAl will launch a third TUBALL Center in Luxembourg in 2020.

OCSiAl is represented in the U.S., Luxembourg, Germany, Korea, China, Hong Kong, Russia, Mexico, Israel, Japan, India, Australia and Malaysia. In addition to its own offices and representatives, OCSiAl has partners and distributors in 45 countries.

OCSiAl continues to develop nanotube technologies and to optimize their price to make them cost-effective for a wide range of industries. The price for single-wall carbon nanotubes on the global market was ranging between $150,000 and $500,000 per kg when OCSiAl first entered the market in 2014. Now, the average market price is around $2,000 per kg.

The company also shares its technological know-how and encourages the production of nanotube concentrates by its partners around the world, OCSiAl said in the statement. Three plants producing TUBALL-based concentrates and suspensions have already been launched in China and Japan, and one more will soon be opened in Brazil, OCSiAl said.
Related Searches