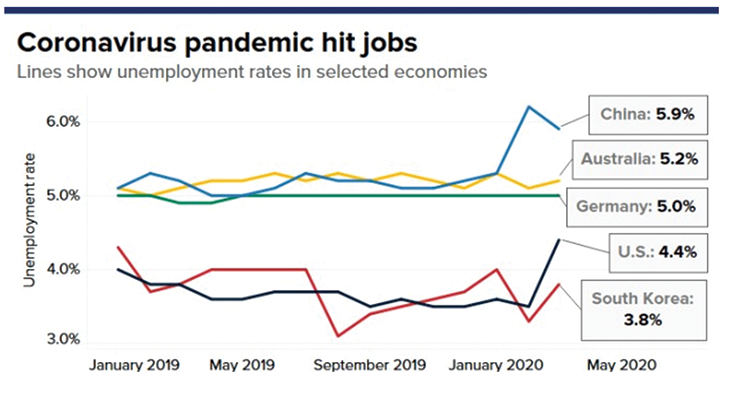 Figure 1: Impact on Jobs in China versus other Countries 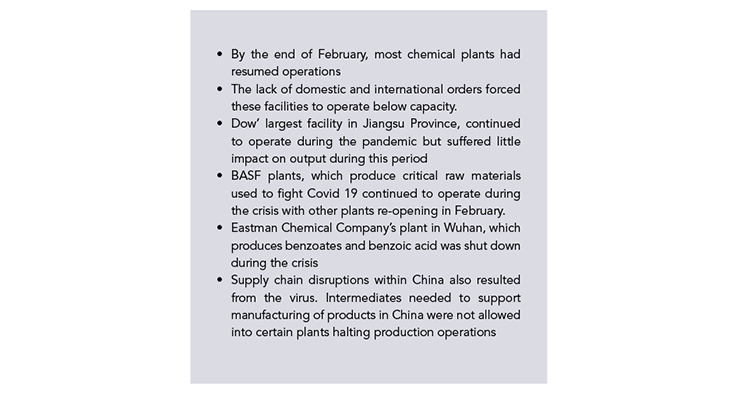 The COVID-19 pandemic has impacted everyone connected with the coatings market in some way both personally and professionally. China,  who was centerstage at the outset of this crisis, along with the rest of the APAC region represents the largest and fastest growing part of the global coating market. In light of the pandemics, it seemed an appropriate time to get a current look at its impact on the market situation and business climate in China and the APAC region.

To get this closer look, we approached Dan Watson the owner of Blairgowrie Associates, who has been actively involved in the coatings and specialty chemical markets in China and throughout the Asia Pacific region for over 30 years. Dan shared valuable insight into the current market situation in this region and a view of what the future may bring post-COVID-19.

Coatings World: Dan, how has the Coronavirus impacted the Chinese economy?

China’s GDP shrunk 6.8% in the last quarter as compared with a year earlier. The country’s chemical manufacturing output declined by 21%. Profits declined by 66% in the first two months of 2020 due to the Chinese coronavirus.

With the virus now under more control in China (according to Chinese government sources), the country hopes to improve these figures during the second half of 2020.

Coatings World: Considering the impact of COVID-19, what is the prognosis for the Chinese economy going forward?

The country’s economy is growing much more slowly now (GDP growth has recently been about 6%, according to the government, compared with 10% in 2003). The banking system is far more fragile and laden with debt.

Last winter, credit had dried up for the private sector which is where most of the country’s growth comes from. Consumer spending also dramatically slowed. These events are not tied to trade conflicts with the US.

In May of last year, Chinese regulators had to bail-out a bank (Baoshang Bank) for the first time in decades. A few more bailouts followed. Suddenly banks became scared to lend to each other. By June, the Chinese Communist Party was forced to gather all the banks together and tell them to “get their act together”.

The message was simple- grow a backbone and start to trust and cooperate with each other (a concept the bankers had lost familiarity with during the state’s post-crisis credit spree). It is no surprise that the creditworthiness of the Chinese banking system has been trending downward, especially at the lower end.

Coatings World: How is the banking system handling the Coronavirus situation now?

Because of the coronavirus, China’s weakened banking system — slightly more than one year later — will now have to forgive loans for companies large and small. Banks will now  have to continue financing local governments dealing with the fallout from stagnating economies resulting from their efforts to fight the coronavirus. S&P research estimated that if this crisis is prolonged, bad debt in the Chinese banking system could increase from 2% at the end of last year to over 6%.

Coatings World: Dan, what can you tell us about the current business situation within the Chinese chemical manufacturing community?

In the first two months of 2020, chemical manufacturing output declined by 21% and profits by 66% due to the coronavirus scenario, according to the National Bureau of Statistics of China. Jobless numbers in China now hover around 6%.

As of today, although China has opened up to the world as the number of COVID-19 cases has dwindled (according to Chinese government sources),  the damage has already been done.

Coatings World: How does Blairgowrie see the market demand for coatings in the region going forward?

Asia Pacific is the largest global coating/adhesive market. Although two countries (China and India) account for 78% of the total volume there are more than 50 countries in APAC with most of them showing higher growth than the U.S. or Europe.

Notwithstanding the impact of the coronavirus, the APAC region was set to see a vibrant growth in 2020.  Obviously, that won’t happen now.

Automotive production has declined in all producing countries along with automotive parts.  As such, China alone may see a decline of up to 1 million vehicles this year.  Hundai, Nissan, etc. are also forecasting a steep decline in production.

The real estate market has also been impacted. Fewer homes are being constructed as well as a curtailment of home renovations. This is mostly due to a lack of available labor resulting from the lockdown in key countries.

All of this decline, across a variety of markets, has negatively impacted the GDP of key countries such as China, India, Korea, and Japan. With the exception of China, all are forecasting a lower GDP for 2020.

Although a devastating event, the coronavirus has to be viewed as a short-term happening.  Like SARS, H1N1, etc. it will eventually be abated with vaccines and treatment and the global/regional economies will return to a more optimistic level.

I remain convinced that APAC, led by China and India, still represents the leaders in the global coatings market. I do not believe that the APAC market will return to its normal, robust, and healthy growth in the short-term. Looking ahead 2-3 years, I see the region enjoying a healthy resurgence akin to what was happening pre-virus.

China will once again become the largest producer of automobiles. Architectural coatings will continue to migrate to waterborne and more UV/high-solids coatings will be used in the industrial segments.

Over the past decade, the APAC market was changing to a performance-driven market. This has resulted in increasing value for coatings sold in this  part of the world.  That trend should continue. There is lots of “new growth” remaining to be captured in APAC.

Coatings World: How has the Covid 19 situation impacted investors?

Considering all the comments in this article, I think some investors will be a bit more cautious about further investments in China.

Of course, as history has shown many times before, long-term the Chinese economy will improve as will the U.S. and Europe.

China has weathered several major economic upheavals and most likely will emerge from this one in good shape.

For the “long-term investor” China/APAC represents the only coatings/adhesive market that is truly growing.  If you are a major paint producer (industrial or architectural coatings) you need to have a presence inside China and inside the APAC region.  The coronavirus may make an immediate decision a bit more difficult but long-term, if China was your target pre-virus, it should remain a target post-virus.

To be continued in Part 2 in the July issue of Coatings World.