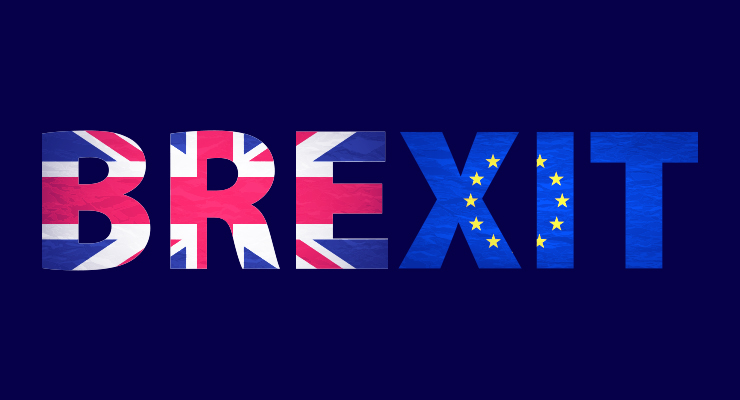 Europe’s trading patterns in coatings started to alter radically at the beginning of the year after the UK, following lengthy negotiations, officially left the European Union.

Brexit means that one of Europe’s biggest exporters and importers of coatings and raw materials – most of them to mainland Europe and vice versa – as well as one of the region’s largest coatings markets is no longer part of the European Union single market free trade area without tariff and technical cross-border barriers.

A few days before the Brexit deadline the two parties agreed to a mammoth EU/UK Trade Co-operation Agreement which effectively eliminated tariffs and quotas on their goods.

But in principle it allowed the UK to erect its own non-tariff barriers, although the EU reserved the right to retaliate with its own measures if its competitiveness was being compromised.

The UK has, for example, decided to draw up its own version of the EU chemicals legislation – called REACH (Registration, Evaluation, Authorisation, and Restriction of Chemicals).

On Jan. 1 the UK became a separate legal entity – a third country – for the first time since it joined the EU approximately 40 years ago.

Coatings producers and raw material suppliers had to worry about customs declarations, rules of origin and other issues featured in customers’ procedures.

An unusual aspect of the trade deal was that for the first time the UK – consisting of the four nations of England, Wales, Scotland and Northern Ireland – would have a customs border within its boundaries.

This would run through the Irish Sea to avoid the necessity for a “hard” border between the Irish Republic, an EU member, and Northern Ireland and which was the subject of 30 years of conflict between Irish nationalists and Unionist loyalists in the second half of the 20th century.

Under the agreement Northern Ireland is subject to EU single market and customs union rules, unlike the rest of the UK – hence the need for a border.

Already by late February, the arrangement was having to be re-negotiated with the EU being accused of being “legalistic” in its application.

Other sections of the agreement were already looking likely candidates for re-negotiations as well.

The customs situation could become worse in July 2021 when a “grace period” under which UK authorities delayed checking imports is due to end.

“The vast majority of our members – 86 percent – reported that they spent significant time and money preparing for Brexit and yet over half are still experiencing major issues and another third minor issue,’’ said Tom Bowtell, British Coatings Federation’s chief executive reporting on a membership survey in January 2021.

“Concerns with delays, disruptions and costs of the new customs and border processes between the UK and EU dominated the list of obstacles,” he added. “Rules of origin have also been a sticking point, both to understand and implement.”

The new customs arrangement has been difficult for coatings multinationals but especially hard for small and medium-sized companies (SMEs), he said.

“Complying with EU chemical regulations as a third country may mean setting up an office in the EU” Bowtell explained.”

Multi-nationals can register one of their overseas offices.

SMEs have had to make other arrangements, which sometimes can be quite complicated and with additional costs.

“SMEs will also not necessarily have had dedicated trained staff to deal with all the new customs requirements, although all members report having large numbers of staffs’ time spent preparing for and complying with the new customs regulations.”

What has surprised many UK-based coatings exporters with experience of exporting products around the world has been the intricacy of the EU rules.

“Our findings are even more striking because nearly three-quarters of respondents were experienced exporters, trading goods not just with the EU but the rest of the world, thereby putting into context how complex the new EU procedures are,” Bowtell said.

BCF members fear that higher post-Brexit costs will stop EU companies from doing business with them.

Some haulers have been refusing to take goods to the UK due to the additional administration and costs.

There have been reports in other sectors of UK companies sending trucks back to the mainland empty because of the extra customs costs.

Meanwhile, looming on the horizon is the UK version of REACH (UK-REACH) which could be the Brexit phenomenon causing coatings producers the most problems.

The EU REACH legislation was drawn up approximately 15 years ago to provide safety data on around 30,000 industrial chemicals to phase out of the market the most hazardous ones.

These would be replaced with safer chemicals offering the same levels of performance.

Critics of the UK version claim that its content will duplicate that of EU REACH a large proportion of whose data comes from UK companies.

Legislation on UK-REACH came into force on Jan. 1, 2021 but so far requires only pre-registration of each product due to be available on the UK market.

Each product’s full-data dossiers will only have to be provided within a time frame of 3-7 years at an estimated total cost of around £1 billion ($ 1.4 billion).

“This may make it uneconomic to register some smaller quantity substances, impacting severely on manufacturers,” warned Bowtell.

One major difference between UK and EU REACH is that under the UK version the importer of a product has to collect the safety data for its registration.

Under EU REACH this was a job left to the manufacturer of the original product.

“UK coatings companies taking on the role of the importer, something they have not had to do under EU REACH, may lead to them having to pay for access to data,” Bowtell said. “[They may have to] register chemicals under the UK REACH themselves if chemicals manufacturers upstream decide not to register substances, adding significant extra administrative and cost burdens onto businesses in the coatings sector.”

BCF is combining with other trade associations to lobby the government for changes to the UK/REACH legislation to make it simpler and its compliance cheaper.

Changes to the legislation could be key to lowering the overall expense of Brexit.