Partially hydrogenated oils (PHOs)—once common ingredients in foods ranging from chocolate candy to frozen pizza—are nearing the end of the line as part of the U.S. food supply, but the global outlook for fats and oils remains positive, according to new analysis from whttp://www.ihs.com.

In June 2015, the U.S. Food and Drug Administration (FDA) announced that PHOs were no longer generally recognized as safe and that their use in foods would be phased out of the U.S. market by June 2018. PHOs, which extend the shelf life of processed foods, are the major source of artificial trans-fats in the food supply. Because trans-fats have been linked to coronary heart disease, food producers are seeking healthier alternatives. That shift is already underway, and according to the Chemical Economics Handbook—Major Fats and Oils Industry Overview report from IHS Chemical, both farmers and food processors are adjusting to this shift.

“The FDA announcement was not a surprise to anyone in the food or agricultural industries,” said Rita Wu, principal analyst, renewables and nutrition at IHS Chemical and lead author of the IHS report. “Following a global trend, the trans-fat content of many processed foods has been decreasing for years as suppliers of PHOs, notably partially hydrogenated soybean oils—and their customers in the food processing industry, have already started the shift to healthier alternatives. Soybean farmers, for instance, are increasing their production of high-oleic soybeans, since oils from these soybeans have the desirable attributes of PHOs, namely resistance to rancidity, without their health issues.”

Vegetable oil producers, Wu said, are using enzymatic interesterification and blending to make oils and shortenings that contain no trans-fats. Meanwhile, food processors are reformulating their products with oils that are naturally free of trans-fats, including canola, sunflower and palm oils.

“The U.S. phase-out of PHOs in the food supply is part of a widespread trans-fat reduction trend,” Wu said. “Denmark began restricting foods’ trans-fat content in 2004, and other European nations have since followed suit. The European Commission is currently weighing a European Union-wide ban on trans-fats.”

Despite reduced demand for PHOs, however, the outlook for the fats and oils market remains positive. Few agricultural products surpass fats and oils in utility and ubiquity, Wu said. Fats and oils—including salad oils, cooking oils, frying fats, shortenings and butter—are essential ingredients for food and non-food uses are significant as well.

“Worldwide consumption of fats and oils is expected to grow at an average annual rate of 2 percent to 3 percent, during the next five years,” Wu said. “The Asia Pacific region, which is already the largest consuming region, will drive demand growth. In China, food uses will be the engine of consumption growth, while biodiesel production will propel demand in Indonesia. Palm oil and soybean oil, which are already the largest consuming oils, will continue to drive growth. Sunflower oil, canola oil and palm kernel oil will also see above-average growth.”

In the mid-2000s, palm oil surpassed soybean oil as the largest-volume used oil,   thanks to its lower cost, edible properties, and supply availability. Demand growth of oils has been driven by the expansion of biodiesel production in countries with a biofuel mandate, as well as economic growth and increased food demand in developing countries. Indonesia and Malaysia are the major global suppliers of palm oil.

The increased use of palm oil is of significant concern to global environmental, human health, and animal rights organizations, since some palm oil harvesters continue to employ ‘slash and burn’ agricultural techniques that cause deforestation. This deforestation destroys primary forest habitats (forest that has never been touched by man) for diverse species (including orangutans) and biodiversity, and it also threatens human and animal health due to dense levels of smoke that significantly impact air quality and increase carbon emissions.

In response to reported malpractices in the industry, a growing number of players in the palm oil industry have committed to adopting more sustainable practices and expanding the volumes of sustainably produced and sourced palm oil through participation in organizations such as the Roundtable on Sustainable Palm Oil.

Soybean oil is the dominant oil used in the United States and South American countries such as Argentina and Brazil, with growth mainly coming from the biodiesel industry expansion. Higher biodiesel mandates will continue to drive soybean oil growth in the region. Soybean oil is used extensively in Asia for foods and cooking. In recent years, some smaller-volume vegetable oils such as sunflower oil and canola oil, have gained popularity in the worldwide food industry due to their healthful benefits.

The Asia Pacific region accounts for more than half of global fats and oils production, said the IHS report. Indonesia and Malaysia are responsible for almost 90 percent of global palm oil and palm kernel oil output, while China is the world’s largest producer of soybean oil, canola/rapeseed oil, animal fats, cottonseed oil and peanut oil, according to IHS. The United States, India and France follow China in terms of production of animal fats (butter, lard, tallow and grease), while Germany, Canada, India and France follow China in production of canola and rapeseed oils. China and India lead global production of cottonseed and peanut oils.

The Philippines and Indonesia lead the world in coconut oil production, while the U.S. is the clear winner in terms of corn oil production. Spain and Italy lead are obvious leaders of olive oil production. China, the U.S., Brazil and Argentina are the largest producers of soybean oil, and the Ukraine, Russia and Argentina produce the most sunflower oil, globally.
Related Searches
Related Knowledge Center
Suggested For You 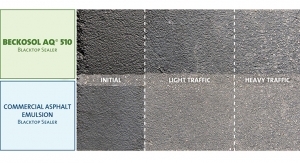