Kline: North American Synthetic Latex Polymers Market is Forecast to Grow by 1.5% through 2020

North America is the largest synthetic latex polymers consuming market globally, accounting for nearly 30% of the total market share in 2015. Acrylic emulsions, most of which are produced locally, are the most consumed polymers in the region, according to Kline’s continuous program Synthetic Latex Polymers: Global Business Analysis and Opportunities, which covers North America, China, and India in its second year.

The United States is the largest market for synthetic latex polymers in the region, with an estimated share of over 80%. Mexico and Canada are nearly the same in terms of market size, with industry structures based on imports from the United States, local production, and some imports from Europe and Asia.

Paints and coatings is the leading end-use segment in North America in terms of volume and value. Adhesives and sealants, paper, nonwovens, and construction are among the largest applications in the region due to the rapidly growing demand for end-use products. Acrylics, pure acrylics, vinyl acrylics, and styrene acrylics are the leading product categories in North America, with over 58% of latex consumption by volume in 2015.

“While styrene-butadiene-based latexes suffered in 2011-2012 because of the price rise of butadiene and styrene monomers, with the reduction and stability in prices of these monomers, the demand of these latexes has stabilized, and even regains lost market share in, for example, the carpet industry,” comments Shilpi Mehrotra, the report’s project manager.

The synthetic latex polymers supplier landscape is consolidated, with the top seven suppliers accounting for almost 80% of the merchant market volume. Additionally, suppliers focus on application-depending product portfolios since there is rivalry among companies that have to compete within the same market segments. Distributors play a minor role in the market route as the largest market players tend to build long-standing customer relationships in most segments.

Dow Chemical and BASF are the leading suppliers in the North American market, together accounting for nearly 45% of the total share. Dow is the major supplier in acrylics-based chemistries, while BASF’s portfolio leans heavily towards styrene-butadiene latexes.

The North American market for synthetic latex polymers is expected to grow at a compound annual growth rate of 1.5%, forecast to reach USD 10 billion by 2020. The growing GDP is expected to positively affect the consumption of each product considered. However, other variables affecting market development will be different from one product to another. For instance, RDP will be the fastest growing chemistry because of its ease of use and the growing construction industry, while X-SB will decline because of the waning production of paper and carpets in the region. A decrease in consumption of synthetic latex polymers is expected in the paper, leather, and polishes and waxes applications due to the increasing offshoring of manufacturing.

Covering the complex market of synthetic latex polymers since the 1970s, Kline published reports on Europe, CIS, and Brazil in 2015 and just released two new regional analyses—North America and India—from its continuous synthetic latex polymers program, with China forthcoming. Volumes on the Middle East, Southeast Asia, and Rest of the World are scheduled to be published in 2017.
Suggested For You

Rivalry in China, the Second Largest Market for Synthetic Latex Polymers, will Continue to Intensify

Rivalry in China, the Second Largest Market for Synthetic Latex Polymers, will Continue to Intensify 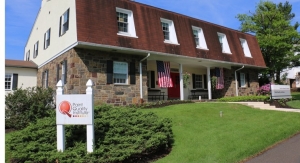