Technavio has announced the top five leading vendors in their recent global robotic paint booth market report. This research report also lists three other prominent vendors that are expected to impact the market during the forecast period.

The robotic paint booth market is facing stiff competition due to innovations and constant focus on delivering the most advanced automated paint booths and industrial robots for painting applications by major companies. Several vendors are developing innovative technologies, offering support services, and providing superior quality robots, such as paint robots. Regional vendors are striving to remain competitive in the market, however, large international vendors dominate the market in terms of quality, durability, reliability, and technological innovations.

The competitive environment in this market is expected to intensify with the increase in R&D innovations and M&A in the near future. International players are expected to grow inorganically by acquiring regional or local players. “The key players in the market are diversifying their geographical presence with a focus toward APAC, as it is expected to witness the highest demand for paint booths and industrial robots, such as paint robots, during the forecast period,” says Bharath Kanniappan, a lead robotics industry expert at Technavio.

Dürr
Dürr was founded in 1895 and is headquartered in Bietigheim-Bissingen, Germany. It is one of the leading mechanical and plant engineering companies. The company designs, develops, and manufactures a variety of products, systems, and services primarily in the automotive industry. The company also caters to aircraft, machinery, chemical, and pharmaceutical industries with innovative production and environmental technology. The company operates 92 sites across 28 countries, including Austria, Denmark, Turkey, Italy, the Netherlands, Russia, Switzerland, China, Brazil, India, and Japan.

ABB
ABB was founded in 1988 and is headquartered in Zurich, Switzerland. The company provides automation and power technologies to diverse industries, including utilities, transport, infrastructure, and other industries. Its products are sold in over 100 countries worldwide.

ABB supplies robots and robot systems in 53 countries across 100 locations. The company also manufactures and supplies robot software, peripheral equipment, process equipment, and modular manufacturing cells. ABB has installed more than 200,000 robots worldwide. It has manufacturing and R&D facilities in Sweden, Czech Republic, Norway, Mexico, Japan, China, and the US. Some of its industrial robots include IRB120, IRB140, IRB 1410, IRB 1600, IRB 2400, and IRB 6620.

Fanuc
Fanuc was founded in 1956 and has its headquarters in Oshino-mura, Yamanashi Prefecture, Japan. It manufactures automation products and services, such as robotics and CNC systems. The company also provides maintenance services and spare parts (for automation products) to its clients worldwide. It has more than 230 offices in 45 countries.

Fanuc has a training center that offers practice-based training courses, on how to use Fanuc products, to its customers in Japan. For overseas customers, Fanuc-affiliated companies provide training courses at their respective facilities. The company’s R&D facility includes software, hardware, lasers, servo motors, robot, ROBODRILL, ROBOSHOT, ROBOCUT, and basic laboratories.

Yaskawa Electric
Yaskawa Electric was established in 1915 and is headquartered in Kitakyushu, Japan. The company designs, manufactures, and markets a wide range of mechatronic products in Japan and also globally.

In the robotics segment, Yaskawa Electric engages in the manufacturing and marketing of a wide range of robots. The company manufactured its first industrial robot, MOTOMAN, in 1977. Some of the company's key products include arc welding robots, spot welding robots, painting robots, high-speed picking robots, LCD glass substrate transfer robots, and semiconductor wafer handling robots.
Related Searches
Suggested For You 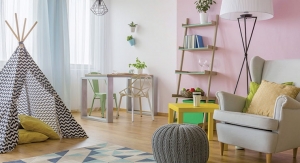 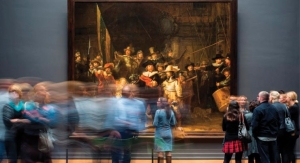