“We are excited to welcome Chad back to the Huntsman team, and we are confident in his abilities to lead Port Neches Operations,” said Ron Gerrard, SVP EHS, Manufacturing Excellence & Sustainability, Huntsman Corporation. “Chad’s experience and leadership will add great value to our largest manufacturing site and the Port Neches community, and we look forward to his future with Huntsman.”

Anderson first joined Huntsman in 2003 as a C4 butadiene plant Six Sigma black belt. In a short time he was promoted to Operations Manager - F4 & F6 Ethylene Oxide units, G5/G6 Ethylene Glycol units and Receiving and Shipping. In 2005, he was appointed as Operations Manager - PO/MTBE and led many reliability and production improvements during his five years in this role.

In 2011, Anderson was promoted to Senior Manager - Engineering Works, responsible for all Port Neches site engineering, capital project execution, maintenance and reliability. Overall, he brings more than 20 years of chemical manufacturing experience in technical and management roles at Equistar, Akzo Nobel, Huntsman and site leadership experience at Arkema and Lucite.

Anderson is a chemical engineer and holds a bachelor’s degree from Lamar University in Beaumont, Texas.
Related Searches
Suggested For You

Wacker Polymers is Under New Leadership 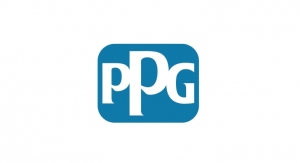