MICROPRO 400 is a finely micronized, modified polypropylene wax which is characterized by its high melt point and solubility resistance along with ease of dispersion in both polar and non-polar systems.

MICROPRO 400 is formulated from harder and higher molecular weight polymers in order to provide improved mar and rub resistance when compared to the lower melt point and more soluble synthetic and polyethylene waxes.

MICROPRO 400 has been micronized to a NPIRI grind of 2.0-3.0 for easy dispersion with a high speed mixer, eliminating the need for grinding or melting. MICROPRO 400 is characterized by its high melt point and molecular weight and resists solvent absorption and particle swelling in aromatic solvents due to its high degree of insolubility. MICROPRO 400 will improve mar, scratch, and metal marking resistance and impart optimum burnishing or polishing resistance when used in low or medium gloss finishes. MICROPRO 400 also provides excellent anti-blocking effects in roll or stacking operations.

APPLICATION AND USE LEVELS: Addition of MICROPRO 400 levels of 0.5% to 2.0% (based on total formula weight) will impart optimum resistance to mar and abrasion in paints, printing inks, and coatings. At levels of 2.0% to 5.0%, MICROPRO 400 becomes a very efficient matting agent that stays in suspension, resists burnishing, and will not lose its effect over an extended period of time. When MICROPRO 400 is used in conjunction with silica flatting additives, its low density helps to keep the additives in suspension and will improve metal marking resistance. 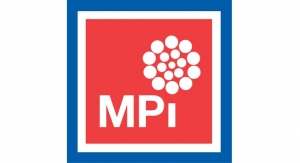