Growth in the coatings industry is pushing the additives industry forward. 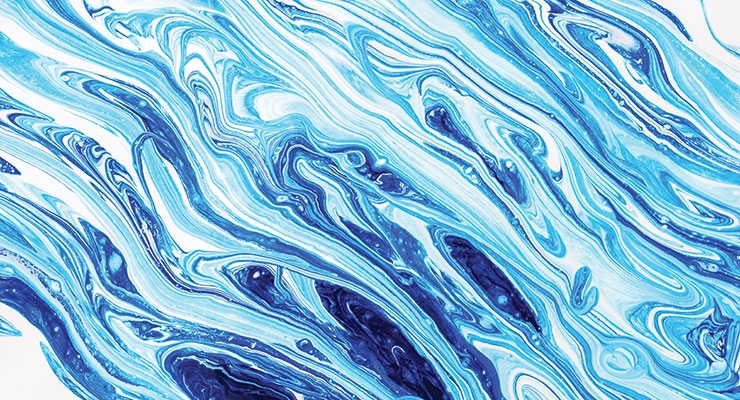 The global coatings additives market is expected to grow from an estimated $6 billion industry in 2013 to $8.7 billion by 2018, with a CAGR of 6.4% from 2013. This is according to a report by research firm Markets and Markets, which also found that environmental regulations have caused a major shift towards waterborne and powder coatings.

“The major function of a coating additive is to address problems hindering the performance of coatings; as the problem would include foaming, wetting & dispersing, inconsistent rheology, biocides, etc.,” the report states. “Thus, the industry players have begun focusing on developing and launching additives which would facilitate the formulators to achieve the right proportion along with high performance. With the tightening environmental regulations, formulators are forced to reduce the VOC content in their products. This has caused a shift towards the use of water-borne or powder coatings, wherever it is possible.

“Careful selection of the right additive plays an important role in the performance of coatings in its end-use application.”

According to BASF, growth in the additives market is largely dependent on the regional growth of the overall paint market. In 2015, there were pockets of volume growth in additives globally depending on regional paint market activity.

Stephanie Lee, global marketing communications manager at Lonza, said that in terms of the company’s biocide additives, the market did experience growth in 2015.

Shenton King, director of marketing for King Industries, said that his company’s coatings division continued to grow at a moderate pace through 2015.

“The additives market is a good barometer to the health of specific markets and international economies as a whole,” King said. “2016 should be a good year for additives considering the rebound of the auto industry, low gas prices and low interest rates. All of that is wonderful and great for business, but we also have a strong dollar right now, and although it’s good for our domestic business, it generally has a flattening effect on our export business. We expect the dollar to continue to gain strength as current low interest rates continue to rise through 2017.”

King added: “Manufactures in both the aerospace and auto industry are continually challenged to reduce engine emissions, improve efficiency, and reduce the overall carbon footprint of their product. As those regulations become more challenging, specialty additive companies like King Industries will continue to play a major role in the development of coatings technology which help our customers meet their needs.”

Always a financial concern for additives suppliers, the price of raw materials continued to be noteworthy through 2015.

Bob Ruckle, global marketing and sales manager at Siltech Corporation, said that low gas and oil pricing has rippled through the supply chain and pricing is stable or slightly lower especially on materials derived directly from petroleum sourcing.

“Fortunately, our customers understand our diverse mix of products and place a high value on our ability to contribute to their goals through development the development process,” he said.
Lee, of Lonza, said that the dramatic drop in oil prices has had a significant affect on the cost of additives derived from oil such as solvents and monomers.

“Polymeric products made from these monomers contribute to the costs of certain additives,” she said. “Not all additives are based on petroleum feedstock.”

Formulators have a lot to consider when choosing an additive. Today’s market requires not only functional, but sustainable and high-performing additives. Lee said that, as it relates to biocides, multifunctionality is a very important trend in the coatings industry.

“When a paint formulator choses a biocide it is to their advantage to choose a product that is effective against bacteria as well as fungi and algae (in exterior coating),” she said. “Lonza offers products containing Zinc Omadine biocide which can serve as a multifunctional product.”

BASF added that performance is paramount when it comes to additive selection. BASF customers demand “versatile, high-performing additives to differentiate their products in the marketplace.

Sustainability and perception of safety are now societal demands that go beyond regulatory requirements. Additives also have to work well with new generation of resins, pigments and dispersions.”
Ruckle, of Siltech, said that multi-functionality – along with performance and price – is desirable, with sustainability also being a consideration.

“Ultra-Low VOCs are the norm for NA and EU end users so that is not really a factor anymore,” he said, “but other green issues like fluoro-free and non-persistent in the environment.”
Ranked in order of importance, King said that functionality, quality, stability, availability, and service are the primary considerations of any formulator.

King added that his company expects development and growth over the next several years within the green energy market such as wind, solar, and nuclear, as the world’s concern over global greenhouse emissions was sealed into place with the signing of the Paris accord “climate deal”, where 195 countries, including China, agreed to enact emissions reduction plans through 2025.

Additives for paints and coatings need to be as technologically advanced as the needs of construction, automotive and similar industries. To stay up-to-date on the latest customer needs, Ruckle said that Siltech has recently developed some low  fluoroalkyl content anti-graffiti additives and is introducing non-fluoro anti-graffiti additives in 2016.

BASF said that its latest additives technologies are designed to help paint producers make improved coatings while being able to make very-low VOC claims. For pigment dispersants, the focus is on being able to make water based universal colorants that reduce VOC and glycol levels while improving the labeling profile from the best of current technologies.

For defoamers, the focus is on developing new active compounds that help defoam our customers’ emission-free paints better. For the wetting agent arena, new developments have focused on fluoro block-copolymer technologies previously used for dispersants. For rheology modifiers, the focus has been to improve application feel and paint appearance.

According to King, King Industries is the “industry leader” in the development of environmentally-friendly, tin-free catalysts (K-KAT) and resin technology (K-FLEX) designed for formulating Zero VOC systems.

“Additionally, we are leading the field in the successful catalysis of isocyanate –free coatings systems. Although the handling of isocyanates is dangerous, it is widely accepted.  Isocyanate crosslinked coatings are reliable, widely used, and handlers are familiar with their use and risk, however we believe recent developments of isocyanate-free coatings systems will have many formulators considering new options which employ the use of our K-KAT tin free catalysts.

“We are presenting a paper on the topic at the 2016 ACS Show, which is titled Catalysts and adhesion promotoers for ambient isocyanate free PU coatings,” King added.

Additives and the latest technologies for additives, according to Lee, are what have made it possible for paint companies to offer low to no-VOC coatings with reduced environmental impact.

“Lonza offers zero-VOC preservatives, which provide a better handling profile and contain no formaldehyde donors. The coating industry has recently seen the first hygienic coating granted an US EPA registration with claims that go beyond the treated article exemption,” Lee said.

Additives suppliers are frequently introducing new products in order to meet customer needs. What follows are just a few examples of product availability in today’s market:

Efka PX 4733, is a dispersant based on core-shell technology used in radiation curable coatings, inkjet inks and lithographic inks.

This product is now available in the NAFTA region.

Lonza introduced a new product Proxel LS preservative at the European Coating Show in 2015.  Recently, Lonza applied for US EPA product registration. This is an in-can preservative for paints and coatings offering an improved handling profile.

Proxel LS Preservative is free of formaldehyde, MIT and VOC and is pH and temperature stable.

It benefits from the use of two complementary active ingredients providing an enhanced antimicrobial efficacy and protection from bacteria, yeasts and molds in a wide range of industrial applications.
Related Searches
Related Knowledge Center
Suggested For You 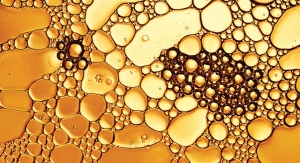 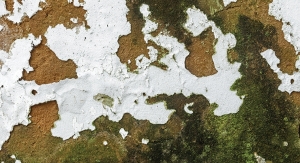 CHINACOAT2016 Exhbitors To Showcase the Latest Products, Technologies and Services