ALTANA Management Board Repositions Itself for the Future

The Supervisory Board of the specialty chemicals company ALTANA has appointed Martin Babilas to become the chief executive officer. On January 1, 2016, he will succeed Dr. Matthias L. Wolfgruber, who will retire. Martin Babilas has been the chief financial officer of ALTANA AG since 2007. In November of last year, he took over additional responsibility of two of the company’s four divisions from Dr. Wolfgruber. Babilas has worked for ALTANA since 1998.

“The generation change in the company’s management reflects sustainable corporate development, as well as the Group’s ability to change,” said Dr. Klaus-Jürgen Schmieder, Chairman of the Supervisory Board of ALTANA AG. “Under the leadership of Dr. Wolfgruber, ALTANA’s chemical business has developed extraordinarily successfully in the last 13 years while undergoing constant changes. We would like to express our sincere gratitude and great appreciation for him already today. As a longtime member of the Management Board, Martin Babilas has played a key role in the development of ALTANA’s strategy. We are convinced that he will continue to lead the company on this successful path.”

The Supervisory Board has appointed Stefan Genten  as ALTANA’s new chief financial oifficer as of August 1, 2015. Stefan Genten worked in various management capacities for the Grünenthal pharmaceutical group for 13 years, since 2005 as a member of the Corporate Executive Board and as the CFO. He was also in charge of operative functions, for example for the Latin American business, and as Group Chief Operating Officer (COO) for the last five years.

“We are pleased to have attracted Stefan Genten, a proven leadership personality, to ALTANA,” said Dr. Schmieder about the new CFO. “He will provide us with new impetus and we will benefit from his many years of international experience.”

Altana Innovation Index: German Companies 'Richer in Ideas Than Ever Before'

Altana's Sales Increase by 5 Percent in 2015

Altana Announces Changes to Supervisory Board 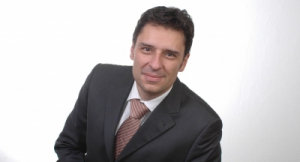