BASF subsidiary Wintershall intends to participate in expanding the capacities of the Nord Stream pipeline, which delivers Russian natural gas to European customers via the Baltic Sea. A Memorandum of Understanding to this effect was signed today. This expansion of the Nord Stream pipeline will consist of two additional pipelines that could transport up to 55 billion additional cubic meters of Russian natural gas directly to Germany.

“Together with our partners, we successfully created the Nord Stream gas transportation corridor, which is unparalleled in the world. In view of the rising demand for gas across the whole of Europe, the expansion of the gas transportation infrastructure, which provides a direct link from the Russian gas deposits to the European markets, will help to further improve the security of the gas supply for the European continent,” stated Alexander Medvedev, Deputy Chairman of the Management Committee of PJSC Gazprom.

“BASF and Gazprom have been cooperating for more than 20 years on the construction of pipelines to ensure secure supplies of Russian gas to Europe. We want to bring our expertise in this field to the expansion of Nord Stream and look forward to working with Gazprom and further European partners on this important infrastructure project,” said Hans-Ulrich Engel, member of the Board of Executive Directors of BASF SE.

In addition to Gazprom, E.ON, OMV and Shell have declared their intention to participate in the construction of the two additional lines of the Nord Stream pipeline.

The first two lines of Nord Stream, in which the BASF subsidiary Wintershall has a 15.5% stake, have been operational since October 2012. The Russian natural gas arrives at the mainland in Lubmin/Germany on the Baltic Sea coast and is transported from there via the two connecting pipelines OPAL (Ostsee-Pipeline-Anbindungs-Leitung – Baltic Sea Pipeline Link) and NEL (Nordeuropäische Erdgasleitung – North European Gas Pipeline) to customers in West and Central Europe.

The existing pipelines already make a vital contribution to strengthening supply security and meeting long-term demand for natural gas import in Germany and Europe. The EU’s import requirements are expected to rise further, since the gap between the production and consumption of natural gas continues to grow. The IEA forecasts that European gas production will fall by about 2% a year, while consumption will rise by 0.6% per year.
Suggested For You 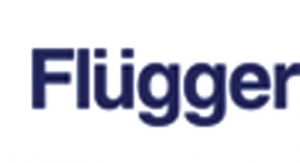 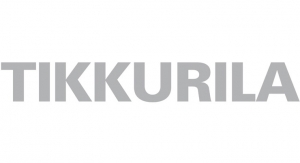