The New York Senate Environmental Conservation Committee approved legislation on February 14 that would establish the PaintCare program in that state, if enacted. The Senate bill, S. 881, which is sponsored by Sen. Tom O’Mara (R,C,I-Big Flats), would mandate the industry-sponsored paint stewardship program and reduce a costly burden on local governments that are currently responsible for collecting and disposing of most post-consumer, unused paint.

In New York, the legislation has received strong support on the Senate side over the past two years — it received unanimous Senate approval in 2016; but a companion bill in the Assembly, A. 1038, sponsored by Assemblyman Al Stirpe (D-Syracuse) has not fared as well. That bill is currently awaiting action by the Assembly’s Environmental Conservation Committee.

Since 2008, Oregon, California, Connecticut, Rhode Island, Vermont, Minnesota, Maine, Colorado, and the District of Columbia have enacted the ACA- and industry-conceived platform for the proper and effective management of post-consumer paint.

O’Mara, who chairs the Senate Environmental Conservation Committee, said that the legislation would create local jobs, provide relief to local property taxpayers, and encourage environmentally sound recycling and disposal of unused paint in New York State. He pointed to the initiative as an example of how government and industry can work together to implement effective environmental policies and programs.

“This legislation exemplifies how much we can accomplish by working together with industry on important environmental concerns. Seeking common ground and cooperation, rather than government cramming unreasonable demands down the throat of industry, can help give New York State a more business-friendly environment and actually result in better, more workable laws,” O’Mara said. “Working together can go a long way on reaching an end result on other important issues that would benefit our state fiscally, economically and environmentally. The Assembly Democratic leadership should take action this session.”

The Product Stewardship Institute  has estimated that approximately 3.1 million gallons of paint go unused each year in New York State — with the costs of collecting and managing the paint’s disposal mostly falling on local governments. According to Sen. O’Mara, the legislation, through which paint manufacturers would be responsible for managing the recycling and disposal of unused paint, would save local governments approximately $25 million annually.

ACA and its industry are committed to finding a viable solution to the issue of post-consumer paint, which is often the number one product, by volume and cost, coming into Hazardous Household Waste (HHW) programs. PaintCare has had resounding success in the eight states in which program operations have been implemented. To date, the program has collected 16 million gallons of paint.

The program’s success has been so widespread that many state officials and local governments dealing with leftover paint are interested in bringing the program to their states. One of ACA’s goals is to make this legislation consistent across all states so that program implementation can truly be nationally coordinated and manufacturers and consumers of paint do not have differing programs across state lines.

The funding for the program collected via an assessment fee will cover the cost of all paint — not just new pint sold, but all the legacy paint already in consumers’ basements and garages.

The assessment will also go toward consumer education and outreach for the program, as well as administrative costs. ACA believes that consumer education is paramount with this type of program, since paint is a consumable product. ACA maintains that manufacturers do not produce paint to be thrown away — it is not inherently recyclable — but to be used up. In order to work toward a goal of post-consumer paint waste minimization, the consumer must be engaged. PaintCare’s educational program does not just focus on recycling and proper management of unwanted paint, but on buying the right amount of paint and taking advantage of reuse opportunities that can help reduce the generation of leftover paint in the first place.

To further ensure fairness and consumer protection, the bill specifies that the assessment funding the program must be approved by an independent audit submitted to the state Department of Environment and must be set at a rate to cover only the cost to manage and sustain the program.

ACA has worked with environmental advocacy organizations and municipal agencies that support the legislation. The joint, bipartisan New York State Caucus of Environmental Legislators has also identified it as a priority.
Related Searches
Suggested For You 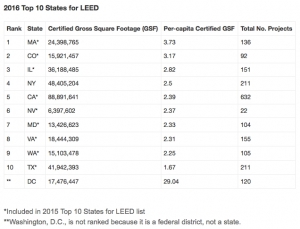