Big Data – is beginning to make inroads into some coatings segments.

Big Data is starting to have an impact on the coatings sector in Europe, particularly in the marine and anti-corrosion areas.
The collection of large quantities of data from single or multiple sources to be processed and analyzed  to make predictions – dubbed Big  Data – is beginning to make inroads into some coatings segments.

After being processed and analyzed, the data is used to provide the basis for models or algorithms to measure and forecast the performance of coatings and other materials.

Ships and installations such as offshore oil and gas rigs and wind turbine are particularly suitable for the application of data-gathering equipment on machinery and structures. As a result marine coatings, such as those for combating corrosion and fouling, are among the first coatings to be subjected to Big Data monitoring schemes.

Consequently there have been an increasing number of performance monitoring services companies offering different auditing and data  analytics systems. As a result the shipping sector, including coatings producers as well as monitoring operators  and classification societies have been  calling for a single international standard.

“If we want to become more environmentally friendly in the maritime sector we need standards based on a common understanding on how to measure a range of values,” said Till Braun,  market development manager in  fleet performance management, DNV GL, Oslo, Norway, which provides a classification services as well as a separate performance monitoring services operation for shipping.

An international standard on hull and propeller performance – ISO 19030 – is currently coming into force.  It looks likely to be followed by other standards on performance measurement systems for other sections of ships and for marine installations.  The standard itself will also be constantly improved so that performance criteria will become tighter.

The introduction of the standard by the Geneva-based International Organisation for Standardisation (ISO) shows now much the trend to exploiting Big Data to apply uniform quality specifications to coatings and similar products is gathering pace.

There is growing pressure for improvements in energy performance in particular by improving the quality and maintenance of hulls and propellers. Around 10 percent of the world shipping fleet’s costs and greenhouse gas (GHG) emissions stems from poor hull and propeller performance with the main culprits being biofouling and mechanical damage, according to the Marine Environment Protection Committee (MEPC), a branch of the United Nations’ International Maritime Organisation (IMO).

Owners and operators of ships see Big Data as an opportunity to raise the energy efficiency of vessels  in order to meet targets for both energy consumption  and for CO2 emissions.

Classification organizations, which audit ships to categorize their quality and efficiency   for insurance and other purposes, are wanting to take advantage  of the rising amount of data on the performance of vessels, especially in areas like anti-corrosion.

AkzoNobel,  for example, launched four years ago its Intertrac service for helping ship owners and operators to measure the energy consumption and CO2 emissions of their vessels with an emphasis on the performance of  anti-fouling coatings of which it is a producer.  This was based on data from a satellite-controlled Automatic Identification System (AIS) for tracking vessels. Then last year the company brought  out Intertrac Vision, a scheme which provides more detailed data.

“AIS data provides the time and location of the vessel only,” explained Michael Hindmarsh, AkzoNobel’s Intertrac Vision manager.  “We align this position data with other databases some of which use ‘Big Data’ to calculate the fouling challenge and fouling risk of a vessel trading in that location at that point in time.”

DNV GL, which said it is a market leader among service  providers in Big Data-scale monitoring of ships performances, runs a scheme under which a  ships’ crew do the data gathering.

“(What is measured )  includes data on  changing  environmental conditions to which vessels are exposed, such as wind, different temperatures, degrees of calmness and hull roughness, salt content,  and chemical properties of sea water,” said Braun. “All of these factors can influence the demand for power by a ship.”

“A ship’s crew should be recording at least 3-4 data values per day,” he continued. “This is equivalent to using Big  Data to make comparisons of the effectiveness of different coatings on different vessel types when exposed to different environmental conditions.”

With anti-corrosion  coatings, the trend has been to move on site some of the sophisticated testing done in laboratories with imaging and related equipment. A major means of recording on site data is through sensors.  But a big challenge is that the sensors themselves can become corroded.

The ISO started the procedure of drawing up a hull and propeller performance standard three years ago with Svend Soeyland of Nordic Energy Research acting as convener of the working group and Geir Axel Oftedahl of Jotun  project manager.

Over 50 experts and observers from shipping companies and associations, ship builders, coatings producers, performance monitoring companies and NGOs participated in seven meetings of the group. A ballot on the final  standard took place in March.

“This standard is intended for all stakeholders that are striving to apply a rigorous, yet practical way of measuring the changes in hull and propeller performance,” Soeyland and Oftedahl told the Hull Performance & Insight Conference 2016 in Italy earlier this year in a joint paper.

The scope of ISO 19030 includes sensor requirements, measurement procedures and  methods  of calculating performance indicators in maintenance, repair and retrofit activities.  One of the indicators is comparisons between the performance of, for example, coatings at different times between dry docking maintenance.

Ship owners and operators have been already preparing supply and other contracts based on the new standard, according to Soeyland and Oftedahl.  But many of them will have first to be in a position to adopt performance monitoring systems.

“Only a minority of ship owners and operators are using Big  Data-type performance monitoring systems,” said Braun. “We estimate that around 80 to 85 percent are not into performance management yet; five percent of global fleet is using our Navigator Insight/ECO Insight, eight percent are using the systems of numerous competitors and  three percent are doing the monitoring themselves.”

With data standards likely to be become even stricter as Big Data becomes more prevalent, it could be some time before performance monitors system are applied by a large proportion of world shipping.
Related Searches
Suggested For You 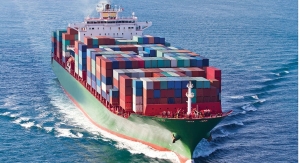