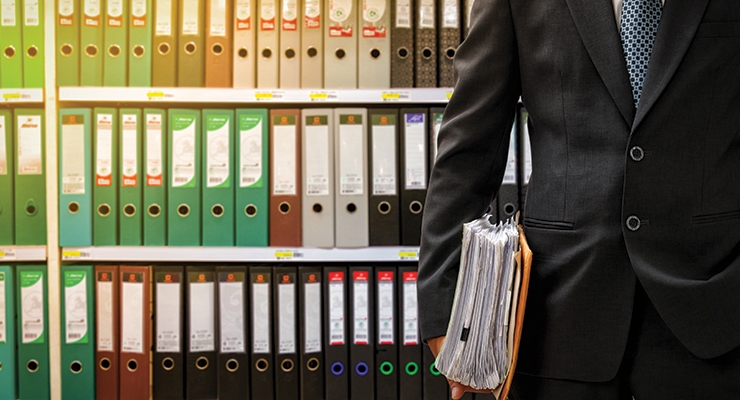 Regulations have a significant impact on the coatings industry. Potential changes in regulations always create a level of uncertainty throughout the entire value chain, and throughout the world today, raw material producers, formulators, channel partners, and ultimately end users can be affected by different regulatory changes occurring in different geographic regions.
In China, concerns about smog and outdoor air quality are driving the development of more stringent regulations on the emissions and VOC content in coatings and refinishes (automotive). Manufacturers are now subject to a 5% tax for VOCs in excess of approximately 400 g/l. Such regulations are expected to lead to a tremendous shift in technologies from low-solids, solvent-based coatings to high-solids solventborne and waterborne technologies and result in increased capital costs for equipment upgrades and ultimately higher-cost coatings. On the positive side, the switch to waterborne technology has created exciting innovation opportunities for manufacturers of resins, additives and pigments. For instance, Sun Chemical is focusing its research and development efforts on expanding its metallic pigments and other products for sustainable coating applications.

In Europe, as per the directive (2014/312/EU), which was published in 2014, established criteria for the award of the EU Eco label for indoor and outdoor paints and varnishes, as well as indoor air quality standards (e.g., AgBB in Germany and ANSES in France) and an overall desire in the market for low-odor coatings are influencing product development efforts. There were two key regulatory developments in the U.S. in 2015, first was OSHA Implementation of the Globally Harmonized System (GHS) for hazard communication (classification and labeling). This new system requires the first major ‘safety data system’ change for the coatings industry since the advent of the MSDS, roughly 30 years ago. Unfortunately, for all but the largest paint and coatings companies, the need to implement GHS has meant that cut-backs on money-making activities have occurred.

Biocides have been impacted significantly by recent regulatory developments in both Europe and the United States. As part of the EU’s implementation of GHS (as the CLP regulation), the new “allergen” label phrase (EU H208) was introduced. This phrase indicates that a chemical mixture (including formulated products, such as coatings) may cause sensitization via skin contact. It is also noted that biocide usage in the EU will be affected by Article 95 of the Biocidal Product Regulation (BPR), which came into effect from September 1, 2015. Biocidal products consisting of, containing, or generating a relevant substance cannot be made available on the EU market if the substance supplier or product supplier is not included in the Article 95 list for the product type(s) to which the product belongs, except existing stocks of products not on the list, which can be used until exhausted..

In the United States, EPA re-registration eligibility decisions (RED) have re-districted the use of certain biocides as preservatives in paint that function via formaldehyde-based mechanisms, and there is concern about others that are coming up for review in the near future, according to Waldron. Paint formulators are thus challenged to replace these biocides with new chemistries.

The trend toward VOC-free coatings is creating the need for improved biocidal protection systems, particularly wet-state biocides, because reduction of the amount of coalescent used in water-based coatings reduces their ability to control bacterial growth. This results in the formation of softer coatings, which are more susceptible to dirt pickup and airborne organisms, such as fungi and algae. He also notes that there is an increased demand for dry-film preservatives in low-VOC, exterior coatings.

IndustryARC analysts believe that as a major consequence of these trends, there will be fewer options for preservatives and greater use of preservatives with more than one active agent and, as a result, the overall cost to preserve paints and coatings will likely increase.

Another interesting trend noted by IndustryARC analysts relates to the divestiture activity of major global chemical companies. Several have spun off operations supplying the coatings industry as independent businesses. In news just released at press time, Dow and DuPont announced plans to combine in a “merger of equals” and the combined company will be named DowDuPont, and will be subsequently spun off into three independent, publically traded companies through tax-free spin-offs.

DuPont, having already divested its coatings business (now Axalta) in 2014, completed the separation of its Performance Chemicals segment, including its titanium technologies, fluoroproducts, and chemical solutions businesses, through the spin-off of The Chemours Company effective July 1, 2015. Bayer MaterialScience began operating as the independent company Covestro on September 1, 2015. In March 2015, Dow announced that it is separating its U.S. Gulf Coast Chlor-Alkali and Vinyl, Global Chlorinated Organics and Global Epoxy businesses in order to merge them with Olin Corporation. That deal is expected to close by the end of the year.

In July 2015, BASF SE announced that it will separate its pigments activities into a new global business unit (GBU) effective January 2016 and then spin off the GBU in the second half of 2016 as a separate legal entity. In May 2015, Ashland announced that it would sell its industrial biocides assets within Ashland Specialty Ingredients to Troy Corporation. The company then announced in September 2015 that it will split into two separate, publicly traded companies, Valvoline and Ashland (currently Ashland’s Chemicals Group, comprising Ashland Specialty Ingredients and Ashland Performance Materials). Also in September, Air Products announced that it will fully separate its Materials Technologies business via a tax-free spin-off to its shareholders before September 2016. The business will now be known as Versum.

This trend of divestments is largely due a desire to focus on core technologies, and, in many cases, the life science, energy, and transportation industries, which are seen as offering the greatest potential for growth in the future, with little impact on the coatings industry. Most of the newly formed companies were operating as fairly independent business units within larger corporations.

Customers are, in fact, likely to benefit; the much leaner organizations will not have the support of business operations in other unrelated sectors to balance out their performance, and therefore will need to be highly innovative and responsive to customer needs.
Related Searches
Suggested For You