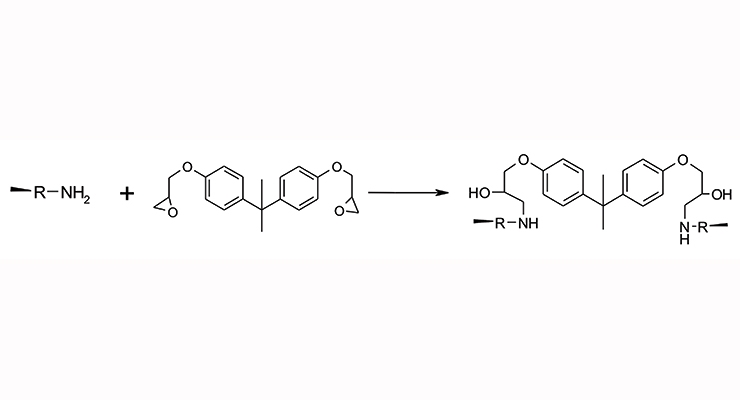 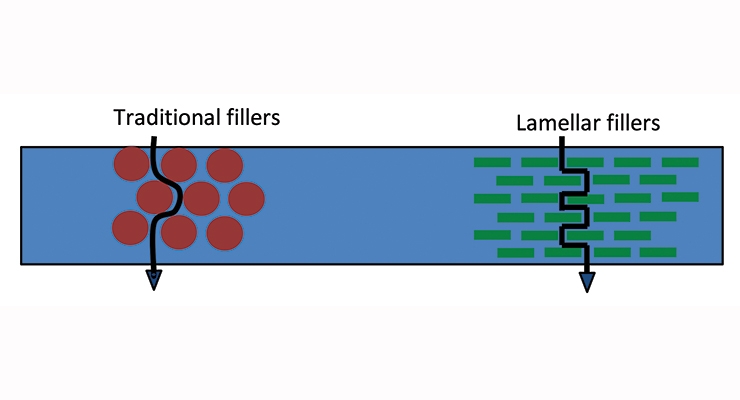 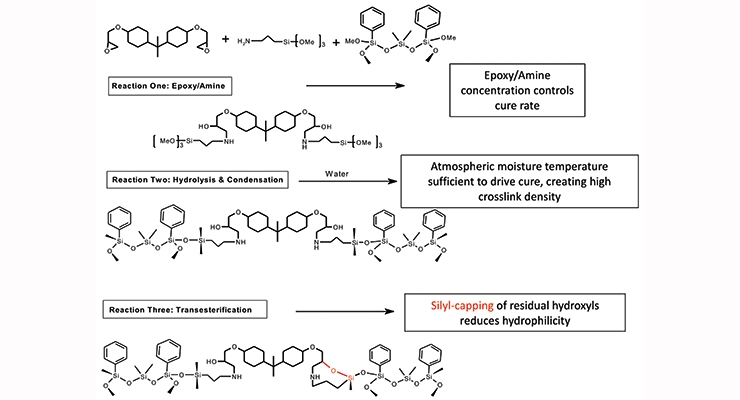 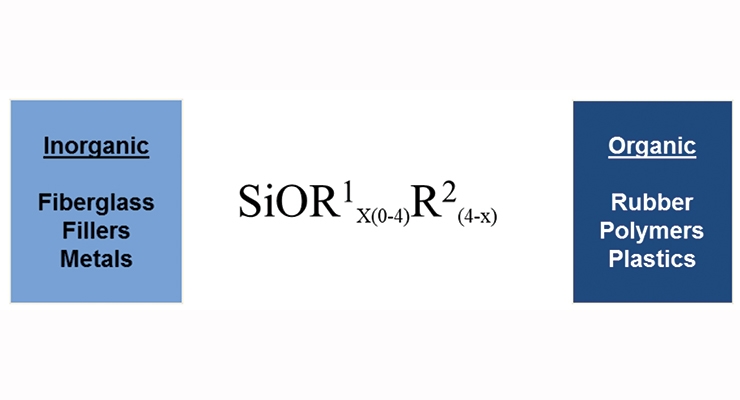 Corrosion impacts nearly every facet of our lives, from buildings, bridges and utilities, to planes, trains and automobiles. Every metal bolt, screw, plate, pipe or beam we put into service is susceptible to corrosion. The cost is our time, money, health and safety.

Many factors are outside of the control or the anticipation of the coatings formulator, including:
• construction materials: sub-optimum metal alloys and surface morphology;
• environmental contact: moisture, chemicals, microbes, abrasive particles, etc.; and
• operating conditions: temperature, flow rate, turbulence and phase separation.

Coatings are a key approach to mitigating corrosion. In general, corrosion occurs when oxygen, water and conductive ions (such as salts and acids) set up an electrochemical cell on the metal surface. By slowing the penetration of these corrosion elements, the formulator can improve the durability of a paint film and the service life of the coated object. This article focuses on two coatings properties: permeability and adhesion, offering recommendations for silicon-based technology remedies to coatings formulators.

Aesthetics aside, the primary role of a coating is to serve as a barrier between the environment and the object to be protected. The effectiveness of a coating’s barrier performance is impacted by its permeability which, in turn, is a function of its hydrophobicity, porosity and occlusive properties.

Epoxy resins are the industry standard for corrosion control binders. The most common are the Bis-Phenol A type epoxies, which are often crosslinked with polyamines (Figure 1).
As a result of their high aromatic content, epoxy resins possess excellent barrier properties, but even these coatings can be permeable and susceptible to hydrolytic attack. Though the secondary amine can react with additional epoxide rings, as a result of steric hindrance and mixing constraints, residual hydrophilic amines (both primary and secondary) will be present in the film. In addition, the resulting secondary hydroxyl group, which is thought to provide polymer adhesion through hydrogen bonding, is hydrophilic and can also contribute to water absorption.

Similarly, other traditional coating resin binders (e.g., urethanes, polyesters, etc.) are, to varying degrees, susceptible to water attack.  This deficiency can be reduced with the use of polysiloxane additives. The mobility and low rotational energy of the siloxane backbone allows the silicone polymer to orient at the coating-air interface, creating a hydrophobic, low energy surface, which results in water beading – preventing wetting and paint film penetration. Functional groups (both organic and inorganic) on a siloxane polymer can form covalent bonds within the coating matrix to enhance film integrity, thereby further increasing hydrophobicity.

Coating films contain microscopic defects, such as pin-holes, creating porosity which can penetrate to the metal surface leading to corrosion. Overcoating might seal these defects, delaying the passage of oxygen and water, but high film thickness also has inherent disadvantages: (1) paint sagging during thick film application can ruin the appearance of the coating; (2) solvent entrapment can lead to blistering and craters; and (3) high film thickness on complex structures (e.g., joints) can result in cracking and ultimately corrosion.

Pigmentation can also have a significant effect on film permeability. Increased pigment loading up to (but not exceeding) the critical pigment volume concentration (CPVC) will result in reduced permeability by physically blocking the passage of liquids and gases (occlusion). Pigment levels above the CPVC will result in voids in the coating and permeability will increase. For multi-coat systems, the pigmentation level of a primer, or basecoat, can also impact topcoat permeability; a flat (highly filled) primer can absorb resin from a wet topcoat, pushing the PVC over the critical level, decreasing barrier properties. In particular, the use of lamellar (flat) pigment particles, such as leafing aluminum flake and micaceous iron oxide, work well to decrease coating permeability (Figure 2). As paint dries, the film shrinks, aligning and overlapping these plate-like solid particles parallel to the surface, thereby restricting the passage of oxygen and water.

A key consideration is the in-service temperature of the intended coating application. The glass transition temperature (Tg) of the resin binder and its viscoelastic properties at temperature will impact permeability. While evaluation of permeability at ambient conditions is informative, testing at elevated temperatures will provide results more predictive of long-term performance. Though a coating may be highly crosslinked, if it thermally softens it will become more permeable.

As mentioned earlier, another factor affecting film permeability is the level of crosslinking. Highly crosslinked, crystalline, thermoset (chemically curing), rather than thermoplastic systems are likely to have relatively low permeability characteristics. Low crosslinking allows penetration of moisture, oxygen and conductive ions which can establish the corrosion cell at the coating-substrate interface.

Though silicone-based materials are generally viewed as hydrophobic, that hydrophobicity relates to liquid water, not water vapor. The structure-permeability relationship holds true for both organic and silicon-based materials. For example, non- or low-filled silicone sealants and elastomers which possess relatively low crosslinking levels are known to be vapor and gas permeable, which can create a “breathable” film. Silicone resins, on the other hand, are highly crosslinked and are not permeable, much like an organic resin.

Combining silicone and organic technologies can create true synergy. One class of “polysiloxane hybrid” coatings combine epoxy and silicone resins, along with an organofunctional alkoxy silane to “bridge” the two polymer systems. These hybrids combine the cure profiles and barrier properties of organic resins with the thermal stability and hydrophobicity of siloxanes for industrial coatings with excellent corrosion resistance (Figure 3).

Increasing substrate surface area, by sand blasting, or chemical etching, can improve adhesion, but only if the coating wets the resulting anchor pattern. Poor wetting of the surface profile can create voids at the interface which allows the condensation of moisture and sets up corrosion cells. Wetting requires the coating to displace air and liquids from the substrate. After surface wetting occurs, the coating can establish adhesion via mechanical diffusion, or adsorption, into the substrate, forming effective, albeit weak, interfacial (Van der Waal’s force) and hydrogen bonds.

The most common solution to the wetting challenge is reducing the paint viscosity by dilution with carrier liquids such as solvents, or water. Effective solvent selection often requires a binary or tertiary blend with an initial rapid flash-off to fix the coating in place, strong solvency to reduce polymer viscosity, and a slow final evaporation rate to allow surface profile penetration. To obtain optimum adhesion, wetting of the surface profile must occur before the film’s glass transition temperature (Tg) exceeds the ambient temperature. This remedy has its limitations in that dilution reduces volume solids, which can increase sagging and dry film permeability (more on that issue later). As emission regulations tighten, the solvent approach to wetting becomes a less attractive option.

Having achieved surface wetting, adhesion can be further enhanced beyond weak intermolecular attraction by forming covalent bonds between the coating and the substrate. Metal surface preparations for adhesive bonding historically consisted of anodization or etching processes that used strong acids and hexavalent chromium. That surface treatment was often followed by the application of a corrosion-inhibiting primer, typically containing high VOC levels and more hexavalent chromium. In 1983, it was found that a primer composed of an acrylic copolymer, an epoxy resin, a silica-sol and a trialkoxysilane (Figure 4) provided superior paintability, degrease resistance and corrosion resistance after coating.1   Twelve years later, it was found that a wash primer, based solely on silanes could provide similar benefits.2

Widely known as adhesion promoters, alkoxy silane primers also offer controlled hydrophobicity, excellent thermal stability, surface activity, chemical resistance and corrosion protection. As early as 1962, partial hydrolyzates of alkoxy silanes (e.g., tetra-ethoxysilane), or alkali silicates, combined with zinc metal powder, were found to provide galvanic protection of ferrous substrates above that imparted  by organic resin-based zinc primers.3  This technology is available as either two or single-pack systems and has been the dominant galvanic primer used in the paint industry.

Treatment of mineral pigments and fillers (e.g., silica, titanium dioxide, etc.,) with alkoxy silanes is well known in the coatings industry. The result is better integration of the inorganic pigment/filler particle into the binder matrix, improving dispersion and physical properties. While pigment or filler suppliers often perform particle treatment with silanes, similar benefits can be observed by incorporating the alkoxy silane directly into a coating formulation to create a more tightly crosslinked, hydrophobic film much less susceptible to moisture attack.

Hydrolytic attack and corrosion are inevitable. Coatings formulators can only hope to slow the process. The permeability and adhesion of a coating are critical to long term performance. Silicon-based technologies, such as silicone surfactants, polymers and alkoxy silanes can be incorporated into coatings to improve the wetting, adhesion and durability of many types of high performance coatings. 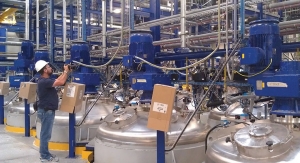 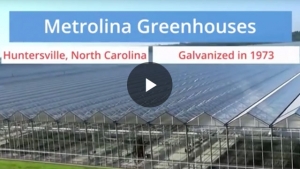