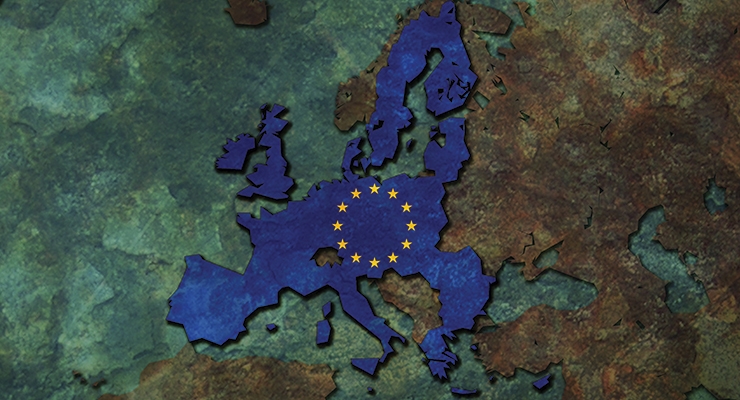 AkzoNobel’s success in fighting off  a takeover bid by PPG  Industries could signal a change in attitudes to acquisitions among politicians and the public in Europe, which may slow down consolidation in the coatings and other sectors in the region.

The Netherlands-based  AkzoNobel, a  leading global player which is Europe’s largest coatings company, mounted a strong  defense of its independence immediately after  PPG made its first $24 billion offer in early March. The U.S.  company which itself has a large  European operation in architectural, automotive and industrial coatings,  raised its bid in April to $29 billion  equivalent to a  50 percent premium on AkzoNobel share price prior to the acquisition battle.

However AkzoNobel refused even to enter into serious negotiations with PPG  before the U.S. company  ran out of time.  On June 1 it announced it was withdrawing from the contest rather than make a hostile bid which would have been required under  Dutch stock market rules.

A key factor in favor of AkzoNobel from the start was the support of the Dutch government, politicians and public opinion.  PPG’s initial offer unfortunately coincided with  the beginning of a Dutch general election campaign in which the matter of  putting  ‘Netherlands  first’  was a prominent issue.

PPG claimed that a merger would enable the  two companies to combine complementary products, technologies and geographies to provide a broader line of products and technologies cost-effectively to a more diverse customer base.

It calculated annual cost-saving synergies of  at least $750 million  as a result of pooling of raw material purchasing, improved supply-chain management and optimizing of distribution networks.

“A combination of PPG and AkzoNobel would result in enhanced financial growth prospects for the combined company in the coming years, which will also accrue to the benefit of all stakeholders of the combined business,” Michael  McGarry, PPG’s chairman and chief executive,  said in March.

In its  rejections of a total of three PPG offers, AkzoNobel  argued that the company was being undervalued  while it saw greater  opportunities of accelerated growth and greater  value creation in pursuing its own new strategy based on a splitting of  its  operations into two separate companies – one for coatings and the other speciality chemicals.

Its senior management  has been able to exploit fears, especially in the Netherlands, of loss of jobs and cuts  in research expenditure.  AkzoNobel is planning to spend  €1 billion ($1.1 billion)  on R&D  in 2017-2020.

These worries and the loss of a leading Dutch company to foreign control were issues which helped  give AkzoNobel the support of the  Netherlands government and politicians in its  quest for independence.

“It is key that leadership of major Dutch multinationals stays within the Netherlands,” said Henk Kamp, Dutch economic affairs  minister.  “The country’s economic structure has a major interest in this being the case. It is a good thing that those running AkzoNobel plan to remain independent.”

There have been a growing number of  attempted  takeovers across Europe by foreign companies  which have been thwarted by political opposition.

“Politics  is beginning to become an important aspect of the business landscape in Europe,” explained  Paul Hodges, a chemicals consultant at  International eChem (IeC), London. “Acquisitions whose  benefits  are seen  to be predominantly financial are becoming more difficult to accomplish.  We have come to the end  of a cycle in mergers and acquisitions in which takeovers can be driven purely by the  interests  of  shareholders.”

Coatings companies and their brands  tend to have long  established roots  which have enabled  them to forge  close links  with communities.  AkzoNobel is itself  a creation of a series  of  mergers and acquisitions, the biggest of which in recent years was the takeover of the remnants  of the UK-based multinational ICI with its Dulux  paints brand. The origins of parts of  AkzoNobel can be traced back to the 17th century.

“Companies like AkzoNobel  have been around a long time and have become social as well  as  economic  assets,” said Hodges.  “It is not surprising that  there has been fears about their sudden disappearance in the present politically charged environment.”

The advantages of having social ties build up over  decades is not so evident among other  companies in the broader chemicals sector where there have  been a number of significant proposed mergers announced over the last few months.  These  include  a merger  between  Clariant  of Switzerland and Huntsman  Corp. of  the U.S.  and another between the two industrial gases  producers  German-based Linde  and Praxair of the U.S., all of which are major raw materials suppliers to coatings producers.

These  are consolidation moves which have raised little controversy.  Nonetheless it has increased worries among some coatings  producers, particularly SMEs, about consolidation increasing the  pricing power of  raw material suppliers.

Another  important  tool AkzoNobel has in its fight against any takeover  bid is the powers  of  the AkzoNobel Foundation or  Stichting, whose members are also members  of the  supervisory board, headed by the company chairman Antony  Burgmans.

The Stichting, which also exists  in other leading Dutch companies, are sole owners of  the company’s priority shares.  As a result they have more voting power than the owners of  AkzoNobel’s common shares, which are traded on the stock market, and preferred shares. Priority share holders effectively have the power to veto  takeovers  and even to reverse  dismissals of top managers by shareholders.

Elliott Management Corp, a U.S.-based hedge fund with, at  the time, a  3.25 percent shareholding in AkzoNobel, tried unsuccessfully to persuade  a  Dutch  commercial court  to order the company to call an emergency general meeting  (EGM)  of  shareholders.  The fund planned to use the EGM  to oust,  with the support of other shareholders, Burgmans who has been a key figure  in AkzoNobel’s refusal to ‘engage’ or negotiate with  PPG.

Even if Elliott had  gained the support of the court  for the calling  of an EGM to sack Burgmans,  the Stichting could have  reappointed him.

“The priority shares may be considered to constitute a form of anti-takeover measure,” AkzoNobel explained in its latest annual report. The Stichting’s  right  to make binding appointments to the managements and supervisory boards would be only used in “exceptional circumstance,” it added.

But these circumstances include situations where a public bid for the common shares of the company has been announced, or has been made, the company stresses.

Analysts  have been speculating that PPG could bid again for AkzoNobel from the beginning of  next year  under Dutch law.  But the Pittsburg company would face the same formidable barriers  as it did with its first attempt. CW
Related Searches
Suggested For You