Clariant has announced first half 2016 sales of CHF 2.899 billion compared to CHF 2.871 billion in 2015. This corresponds to a 3 % growth in local currency driven by higher volumes.

Growth was strongest in Latin America, where sales grew by 10 % in local currency. In the Middle East & Africa, year-on-year sales were up 7 % in local currency. North America saw a small decline of 2 % coming from a lower demand in Catalysis and Natural Resources, while Asia grew at 2 %, with more stability in China, and Europe at 1 % driven by volume increases.

The improved business performance in the first half year primarily stemmed from higher growth in Care Chemicals and Plastics & Coatings. In Care Chemicals, sales in local currency increased by 5 % to CHF 750 million. Sales in Catalysis showed a decline of 9 % in local currency, reaching CHF 285 million due to a lower demand in different regions particularly in China.

The corresponding EBITDA margin before exceptional items of 15.3 % was significantly above the previous year’s level of 14.5 %. Care Chemicals, Natural Resources and Plastics & Coatings all substantially improved EBITDA margins before exceptional items year-on-year. Catalysis was below the previous year’s level largely due to portfolio mix effects.

Net income amounted to CHF 128 million compared to CHF 143 million in the previous year mainly reflecting higher restructuring costs. When adjusted for the proceeds from the sale of the energy storage business in the first half of 2015, net income was comparable to the previous year figure.

Second quarter 2016 - Maintained progress in margin expansion
In the second quarter of 2016, sales grew by 2 % in local currency to CHF 1.421 billion. Volumes were up by 2 % compared to the same period last year.

On a regional level, sales growth was led by Latin America which recorded an increase of 8 % in local currency. Asia grew at 5 % in local currency with some improvement in China. In the Middle East & Africa, sales were up 8 % in local currency year-on-year. North America saw a decline of 7 % stemming from a lower demand in Catalysis and Natural Resources. Europe, however, grew at 2 % driven by volume increases.

EBITDA before exceptional items rose by 2 % in local currency to CHF 215 million.

The EBITDA margin before exceptional items expanded 10 basis points to 15.1 % in the second quarter driven by a favorable product mix and good cost management primarily in Care Chemicals, Natural Resources and Plastics & Coatings.

Outlook 2016 – to progress EBITDA margin and operating cash flow
Clariant expects the uncertain environment, characterized by a high volatility in commodity prices and currencies, to continue. In emerging markets, we anticipate the economic environment to remain challenging and with increased volatility; we expect moderate growth in the United States, while growth in Europe is expected to remain stable but weak.

For 2016, in spite of the increasingly challenging economic environment, Clariant is confident to achieve growth in local currency, as well as progression in operating cash flow and EBITDA margin before exceptional items.

Clariant confirms its mid-term target of reaching a position in the top tier of the specialty chemicals industry. This corresponds to an EBITDA margin before exceptional items in the range of 16 % to 19 % and a return on invested capital (ROIC) above the peer group average.
Related Searches
Suggested For You 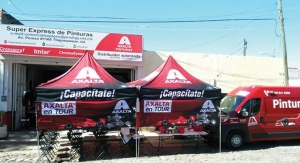