The University of Southern Mississippi’s School of Polymers and High Performance Materials hosted the Symposium, which drew 43 speakers and 246 attendees.

The University of Southern Mississippi’s School of Polymers and High Performance Materials held its 40th Annual Waterborne Symposium Feb. 4-8 at the Marriot in New Orleans, LA. The symposium drew 246 attendees who had the chance to hear 43 speakers present talks on various subjects including coating testing, sulfates for emulsion polymerization, innovation, epoxy tank coatings and many more. In addition to this there were 14 student poster sessions and 18 exhibitors who were part of the technology showcase.

The presentations by various speakers were divided up into categories and took place all day Wednesday, Feb. 6 to Friday, Feb. 8. The categories of presentations were three keynote general speeches on Wednesday morning, UV and Bio-Based, Waterborne, Additives, general and pigments. There was also an Eastman student poster session and an awards ceremony on Friday afternoon.

The opening session, titled “Hubble, Bubble, Tests and Trouble; The Dark Side of Misreading the Relevance of Coatings Testing,” was presented by Mike O’Donoghue, director of engineering and technical services, Akzo Nobel Coatings Ltd.

O’Donoghue spoke on assumptions made about coatings testing and problems that these assumptions bring about.

“When Shakespeare was writing MacBeth, the witches chanted the famous line ‘Bubble, Bubble, Toil and Trouble.’ Or did they? They did not. Its repeated use has led us to believe that’s what they said. It’s the difference between reality and perception,”said O’Donoghue. 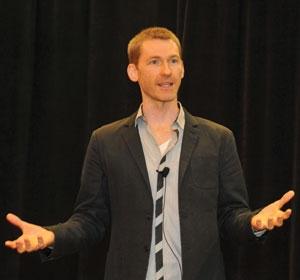 O’Donoghue compared this scenario to assumptions made in many coatings specifications and the monumental issues that they cause. He discussed situations such as the Canadian oil patch, where assumptions that all was well and specifications were in harmony were actually detrimental.

“Coatings failures can end up with $30 to $40 million lawsuits because of these assumptions, which is a shame,” he said.

O’Donoghue admitted that in order for things to change, the standards must change, which involves a lot of committee work. In order for this to happen, one must see the problem first to understand then come up with a solution.

Another keynote speaker was Jay Martin of Martin Bionics Imagination, LLC., who presented a speech titled “From Ideas to Dollars; Maximizing the Economic and Societal Impact of Your Ideas.” 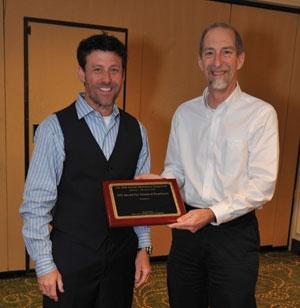 “I knew I wanted to go into inventing and design, and I knew I wanted to help people. I took a few napkin designs and turned them into the largest prosthetics and research design company in the world in about three years,” Martin explained.

Martin’s lecture included engaging the crowd with questions and personal anecdotes, including a third grade “invention book,” which he shared in order to explain how inventing had always been his passion. He also included stories of some young entrepreneurs and their roads to success in business.

Martin also shared his plans to hold an ‘Innovation Competition,’ in which he will be offering $100,000 for the most innovative idea.

Another key speech was given by Eric Williams, Reactive Surfaces, 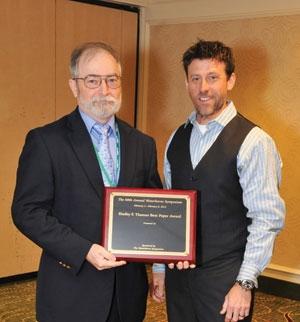 University of Mississippi, on the subject of “Marine Cargo Tank Coatings; The Extreme Chemical Resistance of Lipase Bioadditive in Epoxy Tank Coatings.”

This speech focused on marine cargo transportation of different products that require cleaning in between shipments, and the cross contamination that can occur in this process.

“We’re talking about 10,000 cargo tankers. These tanks are typically made up of different materials, either stainless steel or steel. These are coated and contain chemicals,” Williams said. ”The uniqueness of the chemical cargo tankers is that they can transport biofuels.”

Williams shared
that functional coatings arebeing engineered to reduce costs. He also explained that his desire is to bring in something new to a system already in place.

In addition to that, Dave Fasano, Dow Coating Materials, discussed “Optimizing Hiding and Performance of Architectural Coatings,” which 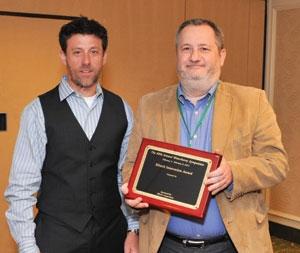 focused on making the most of raw materials in a tough market with rising costs as well as performance and reformulation options.

Sharp opened his speech by explaining his memories of attending prior Waterborne Symposiums, first as a student at University of Mississippi and now as a colleague. 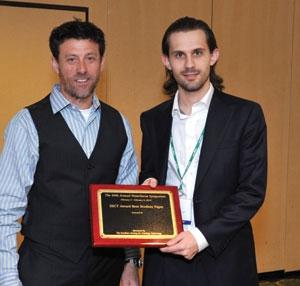 “It’s a real honor to present this talk. I’ve been to about fourteen symposiums, and have great memories from them. I’ve enjoyed it as an undergrad, graduate student and now a colleague,” Sharp said.

Sharp’s presentation focused on what many of his previous presentations at the Symposium stemmed from and that is alkylphenol ezthoxylate (APEOs), which include a variety of different compounds.

“Why use these materials?” Sharp asked. “Well they’ve been around since the mid 1950s, at least that’s when they got their first use, and the reason they were good is because they were extremely, extremely versatile and they always worked. They are really good surfactants.”

Sharp explained that including environmental risks, there are a lot of reasons these surfactants are being phased out, with alternatives being explored that are free from APEOs.

“First of all, the biodegradation. When these were used as detergents in Europe, it was found that they were not biodegradable. Another reason they are being phased out is because of their perceived environmental hazards. They are supposedly estrogen mimics. This hasn’t been proven but they are still being phased out. There are also government regulations on them,” he said.

The closing ceremony for the Waterborne Ceremony was held on Friday, Feb. 8, and included general sessions in the morning covering topics such as zero VOC colorants, achieving effective TiO2 reduction, epoxy-amine coating and cure kinetics.

The School of Polymers and High Performance Materials at The University of Southern Mississippi invites people to participate in the 41st Annual International Waterborne, High-Solids and Powder Coatings Symposium, Feb. 24-28, 2014 at the New Orleans Sheraton, 500 Canal Street, New Orleans, LA 70130.

The university welcomes papers pertaining to new and emerging technologies related to materials, processes, production, characterization, application and markets in the field of surface coatings. Papers will be selected based on the submitted abstracts.  Papers judged to be principally commercial in nature will not be accepted. Papers must be original and represent recent advancements in coatings science and related disciplines.
Related Searches
Related Knowledge Center