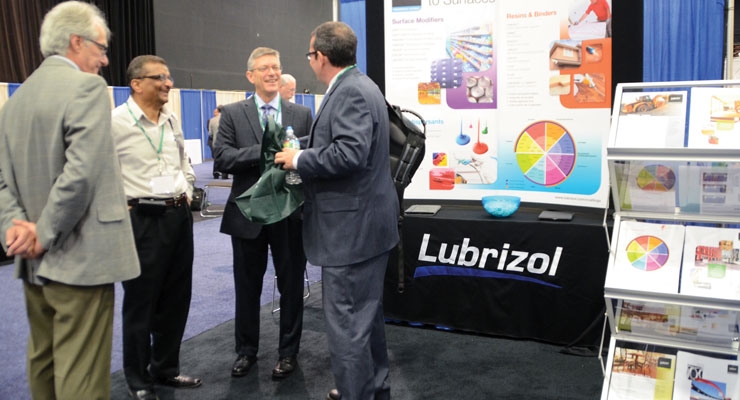 Three breakfast sessions – held on June 2, 3 and 4 – each featured a keynote speaker. The first was Robert Fry, who was named by the Wall Street Journal, USA Today and Bloomberg as one of the country’s top economic forecasters. He and his colleague, Bob Shrouds, won the prestigious Lawrence R. Klein Award for Blue Chip Forecast Accuracy.

The second day’s breakfast highlighted Dee Schlotter, a key member of the PPG Global Color Styling Team whose function is to develop the color trends for the upcoming year for all of PPG’s business units including the automotive, the consumer electronic appliances, the aerospace and the architectural areas.

The Special Breakfast on the Show’s last day focused on Jeff Spillane, senior manager, Training Implementation, at the Benjamin Moore Company. Spillane’s address analyzed the relationship between the future and the past in the Coatings industry with an emphasis on what has changed and what is next.

Becoming a tradition at the Eastern Coatings is the awarding, by Harley McNair, of the Pflaumer Brothers Awards for the best technical papers presented at the Show.  The first place award was earned by Paul Mills of Plasmatreat, North America, for his paper entitled “UV Cure Powder Coatings for Plastics;” Brian Casey of Evonik took second place with his paper entitled “Novel Silicone Resin Technology for High Temperature Applications.”

Concluding this session was a panel discussion entitled “The Science Behind New Industrial Coatings Demands and Application Evaluation.”  The panel consisted of Dr. Jason Anagnostis of Absolute Coatings, Inc., Valerie Sherbondy of KTA-Tator, Inc., and Drs. Christopher Wohl, Jr., and Frank Palmieri, both from NASA.  The panel took questions from the audience who, according to organizers, considered it “an outstanding success.”

In addition to breakfast sessions, there were a total of 40 presentations throughout the show. Topics included:

• Weathering The Elements: Why Real World Data is Critical in Developing Polymers for the Exterior Market

• The Pursuit of the Perfect Coatings Finish

• Improving the Adhesion of UV Curable Coatings to Plastics

• Preservatives: Getting the Right Balance

• Chemist 101: Everything You Need to Know, Whether You’re a New Lab Tech or a 20 Year Veteran

Show Chair David White of Heucotech and his committee were responsible for selecting and scheduling two tracks with 40 presenters over the course of three days. Organizers thanked White and his team for successfully tackling this “enormous task.”

Commenting on this year’s show, Bob Whitely, president of Eastern Coatings Show, said: “The Eastern Coatings Federation, Inc., presented an outstanding show, one in which we can take much pride.

“My gratitude to my committee members and to Ann Fody and her staff for all of the extra effort and time they dedicated to make the Show an actuality. Now let’s turn our attention to the upcoming 2017 Show.”
Related Searches
Related Knowledge Center
Suggested For You

Call for Abstracts for RadTech Session at Eastern Coatings Show 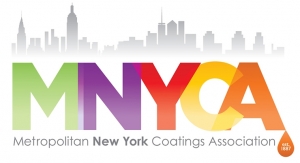 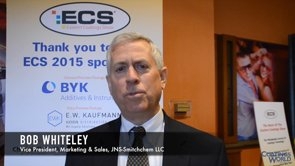