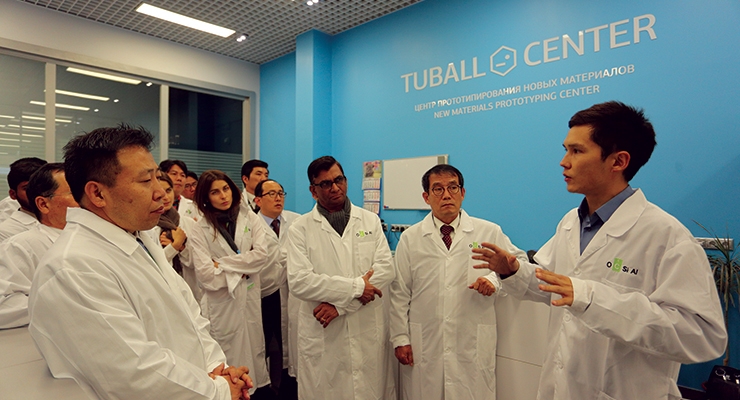 The single wall carbon nanotube inudustry has the potential for much growth in the coatings market over the next few years. 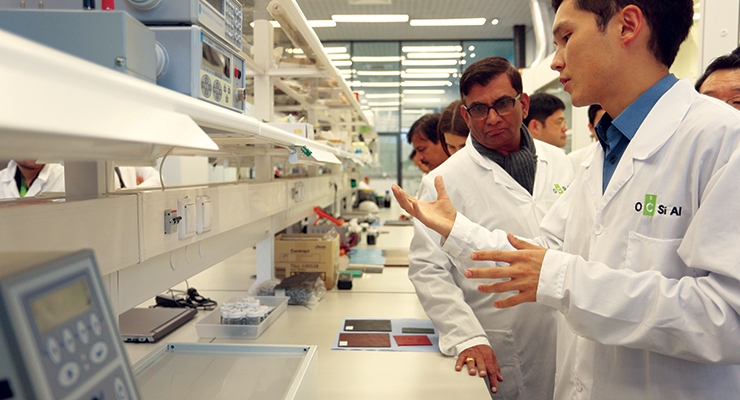 The single wall carbon nanotubes industry has a lot of of potential for cooperation with coating manufacturers. One key ares is in the antistatic and conductive coatings segments, according to Luxemburg-based company OCSiAl, which accounts for 90 percent of global capacities for single wall nanotubes. The key point of the company’s marketing strategy is the ability to roll out in the market high quality single wall carbon nanotubes, branded TUBALL, 75 times cheaper compared to the nearest analogues in industrial volume. This has allowed to bring nanoaugmented materials into the mainstream in various industries for the first time.

So far the coatings industry accounts for only a  small part of the company clients’ portfolio, as OCSiAl is operating in a wide range of markets, supplying nanotubes for the production of polymers, composites, rubber goods and cathode materials for li-ion batteries, also conducting R&D initiatives exploring potential of product use in several other directions.

In November 2016 the company held the first Nanoaugmented Materials Industry Summit in Novosibirsk, Siberia where it main production assets are located. The company reported there was marked interest for nanotubes use in the coating industry. Among the main ventures, it has entered into a contract with BÜFA for production of TUBALL-based gelcoats.

Lothar Kempf, BÜFA managing director, said: “BÜFA has developed resin formulations for gelcoats and for GRP-composites based on OCSiAl nanotubes. A concentration of just 0.05 percent of TUBALL has allowed us not only to adjust the surface resistivity of our gelcoat to 104 Ω/sq, but also to preserve the mechanical properties and maintain the existing formulation and processing.

Now we are working on enhancing the mechanical properties of composites materials with TUBALL.”

According to OCSiAl, single wall carbon nanotubes are one of the most effective conductive additives. They are able to significantly increase electrical and thermal conductivity, and to improve the mechanical properties and other important characteristics of materials. The key advantage is that these desired properties can be achieved with ultralow loadings of the additive – hundreds or thousands of times lower than other widely used conductive additives, and starting from concentrations of just 0.01 percent, the company said.

Nikolay Ivanov, product developer of OCSiAl explained, at the coatings segment the company is now primarily focused on nanotubes use for the changing of electrical conductivity properties of coatings materials.

“The tubes are long and very thin, so they can be distributed well throughout material. In this case, they form a network and already at thousandths of a percent in terms of structure it can be compared with armature in concrete, while it is clear that due to the fact that the network is obtained throughout the material, the properties of this material could be significantly changed,” Ivanov said.

As a result, OCSiAl found the possibility to cooperate with customers, who are interested in the manufacturing of conductive coatings. According to Ivanov, this segment opened several opportunities for the company where innovative products might be used.

“In the first place, we are talking about electrostatic discharge control coatings. This is required in several cases, including for the coatings used at the facilities for production of flammable substances. This is also necessary in places, where electronic, including computer equipment is operating. Here, coatings with electrical conductivity properties is required, because on the surfaces there could be accumulated static and uncontrolled discharge voltage can reach hundreds and thousands volts.  At tens volts it could affect equipment with no danger to the man, but at bigger values, in case if it discharges for some reason, this could be dangerous for people,” Ivanov explained.

As a result, in such places coating should have the property of charge dissipation, or deliver the charge to the ground, Ivanov indicated, adding that in different facilities there are different demands for this property of coating, basically of about 108 Ω/sq and the important point is that use of single wall nanotubes allow to set any desirable rate.

“There are a bunch of materials, which are used today to give charge dissipation property for coatings, but we believe that the use of nanotubes is the most advanced way, because in this case charge dissipation could be achieved at hundredths per cent [of paint weight], while any other materials require basically tenths of percent, which brings some difficulties during manufacturing of materials,” Ivanov said.

Another use of nanotubes is associated with the charge dissipation at monitor screens, so there would be less dust sticking on the surface. According to Ivanov, OCSiAl already accounts for several clients in China, who are introducing single wall carbon nanotubes into conductive coatings for monitor screens. There are other materials materials available in the market, which are used in a similar way, but in each case clients have to face some disadvantages, including price and instability of effect, Ivanov explained

Single wall nanotubes also might be used for manufacturing of electrostatic coating or e-coating, Ivanov said. In this method paintwork materials are initially projected towards a conductive workpiece using electrostatic spraying methods, and is then it is possible to achieve efficiency of paintwork materials consumption, thin and uniform layers of top-coats. This technology is used in a wide range of industries, including the automotive industry, where manufacturers put coatings on both metal and plastic parts.

“This technology first of all involves putting of a layer of electrostatic primers or pre-coating, so e-coating could be put above that layer. Today, it is used various conductive additives, which have their own disadvantages, as carbon black is coloring primers’ workpiece into black, while conductive mica are affecting mechanical properties, because it share of the layer reaches 20-60 percent,” Ivanov said.

“As a result, putting a coating above carbon black requires the use of higher hiding power of top-coats, to make the color right, while using mica is more complicated and more expensive from a technological point of view compared to the use of nanotubes,” – he added.

OCSiAl sees strong potential in the market of electrostatic coatings, but in the future the company plans to target other segments as well, including antifouling coatings.

“This is the type of coatings, which is used, for example, by vessels so seaweed and shellfish do not stick. This is a common problem, especially for ships sailing in warm waters, since it negatively affects maneuverability and increasing fuel spends,” Ivanov said, adding that some of the materials, already in use to struggle against this problem have been repeatedly criticized for being dangerous and harmful to the environment.

“We saw some publications about potential use of multi-walled carbon nanotunes as an agent, enhancing antifouling properties, so now we need to conduct some scientific work and understand the potential of this segment. However, this is also a very promising direction, as the global market of antifouling coatings is estimated at €5-6 billion,” Ivanov said.

In additional to its core product – TUBALL single wall carbon nanotubes, the company has developed concentrates and suspensions that simplify logistics issues and soon will allow OCSiAl to market its products worldwide. “We have a network of partners worldwide. We are supplying them with TUBALL single wall carbon nanotubes. They in turn utilize nanotubes and OCSiAl’s unique technologies for their introduction into materials to manufacture and market nanotubes-based modifiers,” Ivanov said. According to him, OCSiAl now has partners in Europe, Taiwan, South Korea and continental China.

Unique synthesis technology allows OCSiAl currently to produce more than four tons of single wall carbon nanotubes and dominate this market. As disclosed  by Yuri Koropachinsky, OCSiAl president, next year the company is going to kick off the second reactor for nanotubes production that will synthesize 50 tons of nanotubes per year, bringing the company’s share of global single wall carbon nanotubes to 99.9 percent, which will cover basic demand of manufacturers for the materials of the next generation – nanoaugmented materials.

Specifying the needs of the coatings market, Ivanov estimated its volume at 2,000 tons of final production on niches, where the company is focusing currently, and expect it will grow nearly 50 percent within the coming several years.

Being focused on research and development of single wall carbon nanotubes applications in various industries, next year OCSiAl is going to invest $5 million more in its research and production platform for developing industrial technologies and for the engineering and prototyping of nanomodified materials – OCSiAl’s Prototyping Center. This facility should answer the crucial question: in which others areas single wall nanotubes could bring benefits to potential clients.

“Despite the breakthroughs already achieved, I am confident that the real potential of single wall carbon nanotubes is still ahead. And we will discover the new applications and new markets of their use,” predicted Eliyahu Florenthal, the owner and the president of Florma, one of OCSiAl’s partners.
Suggested For You 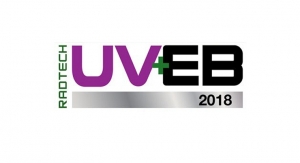