The PPG Foundation recently donated a total of $71,500 to support two national science-education initiatives. The grants highlight PPG’s (NYSE:PPG) commitment to increasing educational opportunities for young people in the areas of science, technology, engineering and math.

A $46,500 grant to the American Chemical Society is supporting three scholarships through the ACS Scholars Program, each awarded to an underrepresented-minority college student pursuing a degree in chemistry or chemical engineering. In addition to providing renewable scholarship funding during the students’ freshman through senior years, the program partners students with industry mentors, assists them in finding summer research internships, encourages them to present research findings at ACS conferences, and generally helps them succeed in college and in life.

For Twin Cities Public Television (TPT) in Minnesota, the PPG Foundation again provided a $25,000 grant to support programming related to the “SCIGIRLS®” PBS KIDS television show and website for young people ages 8-12. The SciGirls show features girls using science and engineering in their daily lives, and the PPG Foundation has supported it and related programs and resources annually since 2012. The current grant funds both workshops in which TPT trains “role models” in communities where PPG operates on how to encourage young people’s interest in these subjects, and opportunities for newly-trained “role models” to practice their engagement skills with young people in the community.

“We are excited to support innovative organizations such as ACS and TPT in encouraging enthusiasm for science and technology in young people, and to engage PPG employees with these programs as mentors and role models,” said Sue Sloan, PPG Foundation executive director. “We have seen great value in the ACS Scholars program first-hand since it started in 1995, as several of its graduates have joined PPG as chemists and engineers. We look forward to seeing how our new ACS Scholars and the young girls inspired by our TPT-trained PPG ‘role models’ will impact the future of science and technology.”
Related Searches
Suggested For You 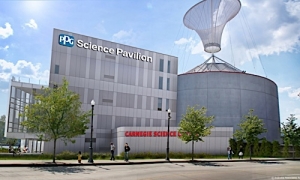