Ribelin ha sets a new safety record, 10 consecutive years without a lost work day due to injury. Azelis Americas says it is proud of the Ribelin team for this significant accomplishment.

"We are committed to safety as our #1 priority and the Ribelin group has exemplified it in this amazing record, said Frank Bergonzi, CEO and President, Azelis Americas.

Ribelin officially announced that it has completed 10 years without a lost day at their  Ribelin Distribution Centers. In those 10 years, Ribelin has shipped millions of pounds of product through its Distribution Centers. According to Andy Lovenduski, Ribelin's Distribution Manager, “the guys in the Distribution Centers have done an amazing job at paying attention to the little things that make a record like this possible.  It is a great example of our commitment to the NACD RDP and our accountability to each other promotes a safe work environment.“
Suggested For You 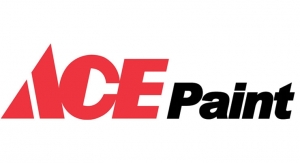 P.T. Hutchins Receives Distributor of the Year Award from BASF