Facing slowing economic growth and persistent low oil prices, the Saudi Basic Industries Corporation (SABIC), the world’s fourth-largest chemical company by revenue ($50.2 billion in 2014), is transforming itself from primarily a commodity player to a global leader in chemicals through market-facing global growth, differentiated solutions, innovation and strategic partnerships, according to new analysis from IHS, a global source of critical information and insight.

According to the IHS Chemical report entitled Chemical Company Analysis (CCA): Saudi Basic Industries Company, for many years, SABIC enjoyed dynamic growth by leveraging its feedstock advantages to fuel high profits and expansions. However, slowing economic growth and falling oil prices have affected SABIC’s financial performance in recent quarters. Business performance fell short of expectations in 2014, owing to the price decrease seen in petrochemicals in tandem with oil prices. In 2014, SABIC’s revenue fell by 0.5 percent from 2013 revenue, due to lower petrochemical prices. Almost 57 percent of SABIC’s revenue in 2014 came from its chemicals segment, making the company increasingly susceptible to a fall in oil prices.

“SABIC realizes that its feedstock advantage is gradually diminishing,” said Mohit Sood, principal analyst at IHS Chemical and lead author of the IHS Chemical report, “so it is focusing on geographic diversification to capture new markets and grow its top-line revenues. As a result, global projects are consuming an increased share of SABIC’s capital expenditure.”

As part of achieving the company’s goals for 2025, Sood said, SABIC leadership aims to make the company more customer-focused and also plans to move the company toward sustainability through focused innovation platforms. These platforms include oil-to-chemicals, increased use of CO2 and hydrogen, alternative energy, light-weighting, functional fluids, and key process technology transfer.

“To meet its objectives, the company has undergone some restructuring, and in February of 2015, SABIC appointed Yousef Abdullah Al Benyan as the new CEO of the company. Mr. Al Benyan has since made several organizational changes,” Sood noted. “This follows the appointment by the new Saudi King Salman, who named Mohamed Al Mady to the post of president of the country's Military Industries Corp.”

“Moving forward,” Sood said, “SABIC has some clear advantages and opportunities, but also some potential challenges. The company is blessed with abundant and advantaged feedstocks, it has the highest profitability among its competitors (EBITDA margin was 28 percent in 2014), and its scale and geographic diversification are tremendous strengths that set it apart. However, with scale, you often have significant expenses, and SABIC has high managerial expenses, which indicates an opportunity for the company to improve its operational efficiency. In addition, the company is limited in its feedstock flexibility due to a heavy reliance on gas-based feedstock, and further oil price declines will lessen the company’s competitive advantage as Asian and European competitors increase their market share.”

However, Sood said “the company has a strong cash position and its feedstock reliability makes SABIC a preferred joint venture (JV) partner. In addition, SABIC’s focus on technology will enable it to diversify its product offerings, and the company’s focus on market needs to drive future sustainability will be key differentiators for the company, particularly in the Middle East region, where the company faces increasing competition.”

A recent company statement issued said SABIC has focused on sustainability in its 2025 vision with a target of 60 percent top-line growth, and ”the strategy outlined keeps in mind the megatrends that impact the petrochemicals industry, and SABIC in particular, giving the company a strong foothold in these choppy times.”
Related Searches
Suggested For You 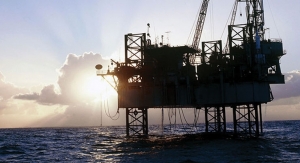 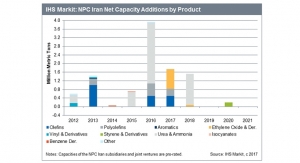