Coatings World recently had the opportunity to speak with Andy Hinz, managing director at Grace Matthews. 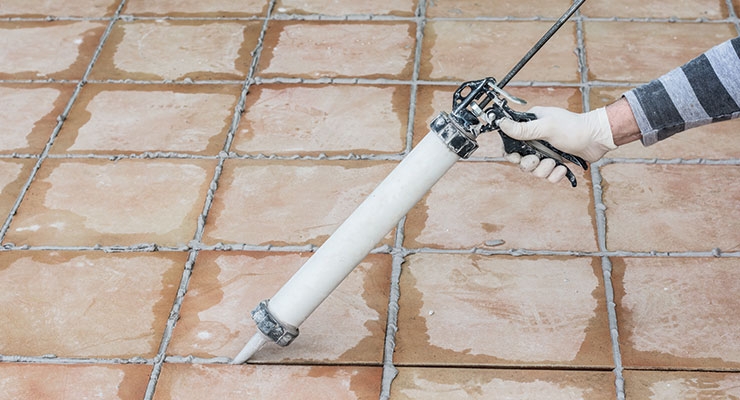 Coatings World: What is the size of the global adhesives and sealants market?

Andy Hinz: Most estimates for the size of the global adhesives and sealants market range from $40-50 billion. Adhesives account for approximately 90 percent of that total, with sealants making up the balance.  In terms of geography, Asia Pacific, North & South America, and EMEA each represent roughly one-third of market demand.  Growth in the Asia Pacific region has significantly outpaced that experienced in the Americas and EMEA in recent years, and this trend is expected to continue in the near term.

CW: How has the economy affected the market for adhesives and sealants?

Hinz: Adhesives and sealants volume has increased around 4 percent annually in recent years, supported by a steady recovery in major end markets such as construction and automotive.  In the U.S., single family housing starts have been growing at a double-digit annual rate since the end of the recession, while non-residential construction spending has been growing more than 6 percent annually since bottoming in 2011.  Growth in sales of automotive adhesives and sealants has been supported by underlying strength in vehicle sales coupled with ongoing efforts to improve fuel efficiency through weight reduction, as metal components are replaced with composites that can be bonded with adhesives.

A growing middle class in Asia-Pacific (particularly China) has generated strong demand for adhesives and sealants, while Europe has been relatively weaker due to a more challenging economic backdrop.

On the cost side, falling oil prices have contributed to lower costs for some raw materials, offering a tailwind in recent quarters for many adhesive and sealant formulators.  However, many formulators are expecting raw material prices to begin firming in the months ahead as oil prices have rebounded from their early 2016 lows.  Key commodity raw materials used in adhesives, such as ethylene, propylene, and vinyl acetate monomer (VAM), have been moving significantly higher in recent months.

CW: What consumer markets offer the most opportunity for growth?

Hinz: The engineering adhesives market, a $12 billion market that includes adhesives for electronics, energy, and automotive/transportation applications, is rapidly growing and has become a key focus area for formulators.  Several of the major adhesive formulators, including H.B. Fuller, have made recent acquisitions in this market to enhance their position.

The ongoing recovery in the North American construction market also represents a source of strength for both adhesives and sealants.

Geographically, emerging markets represent a major growth opportunity for formulators due to increasing levels of industrialization and consumption.  A growing middle class in these geographies should drive growth in end market such as packaging, hygiene, and assembly.

CW: Who are the major players and how do they keep their competitive edge?

Hinz: The top ten adhesive and sealant formulators, which account for almost half of the global market, include Henkel, H.B. Fuller, Bostik, Sika, 3M, Dow and Royal.  Operating in a highly-competitive market, major formulators maintain their edge through both sales-based and cost-focused efforts.

On the product and sales side, companies are investing in innovation/R&D, brand building, and fostering strong relationships with customers to support their competitive position.  For example, Henkel spent more than $300 million in 2015 on R&D in its Adhesive Technologies segment, and generates roughly 30 percent of its adhesive sales from products launched over the past five years.  Another example is Bostik, which is in the process of rationalizing its portfolio of 40 brands into a global Bostik brand along with several local brands.  Bostik is combining this rationalization effort with enhanced marketing to build awareness around the Bostik brand.

Cost-focused efforts include improving manufacturing and supply chain efficiencies and building scale through capital investments and M&A.  As an example, H.B. Fuller recently set a target of reducing manufacturing costs by 200 basis points between 2015 and 2020 through a greater focus on sourcing efforts, manufacturing excellence, and infrastructure investments.  The successful formulators are incredibly savvy when it comes to balancing growth investments with cost management in order to maximize long-term profitability and competitiveness.

CW: How have VOC and other environmental regulations affected the market for adhesives and sealants?

Hinz: The U.S. EPA and other organizations have worked diligently to institute measures designed to reduce the impact of VOCs and other potentially hazardous materials on the environment, workers in manufacturing environments, and end users.  The ongoing conversion of solvent-based adhesives to water-based adhesives for certain applications is an example of this trend.  Recent actions like the passage of TSCA reform by the U.S. House and Senate will serve to formalize efforts to review, test, and regulate chemicals used in the adhesives and sealants market.  While the underlying health and environmental benefits of these reform measures are hard to dispute, the higher costs associated with compliance and raw materials (when reformulations are required) are real and can be substantial – particularly for smaller companies. Although resistance to change, by both end users and manufacturers, and the cost of compliance may hinder the rate of adoption somewhat, more stringent environmental regulations are a way of life for industry participants and will need to be continually addressed.
However, increasing environmental regulations are not always viewed as a hurdle by the industry.

For example, more stringent fuel economy regulations are driving the trend of vehicle lightweighting, which directly benefits adhesive and sealant manufacturers.  The regulatory environment also is forcing investment in R&D and new technology development, which should benefit the industry over the long term.  More and more companies are committing to sustainability efforts and social responsibility practices, and are taking a proactive approach when it comes to regulations.

CW: Have there been any major company news, such as acquisitions, joint ventures, in the adhesives and sealants industry lately?

Hinz: The industry has undergone a continuous period of consolidation in recent years, with more than 100 adhesive and sealant formulator acquisitions (globally) reported since the start of 2014.  Corporate balance sheets remain strong, private equity groups are flush with cash, and relatively inexpensive credit is available – all which have combined to create an extremely robust M&A environment.  Beyond the major formulators, relatively few adhesive and sealant companies have revenues in excess of $100 million, leading most strategic buyers to pursue smaller “bolt-on” acquisitions that provide access to new products, technologies, or geographies, with the added potential for meaningful cost synergies.

Examples of recent transactions include Bostik’s purchase of Den Braven, which will significantly enhance Bostik’s position in the sealants market, and H.B. Fuller’s acquisition of Cyberbond, which is well-aligned with H.B. Fuller’s strategy to grow in the engineering adhesives market.  Royal Adhesives has continued its serial acquisition strategy by completing three deals in the first half of 2016.  We expect deal activity to remain strong for the foreseeable future, with major adhesive and sealant formulators taking an active approach to M&A.

According to a new report published by Allied Market Research, titled, “World Adhesives & Sealants Market: Opportunities and Forecasts, 2015–2022,” the adhesives and sealants market is expected to reach $66,876 million by 2022, growing at a CAGR of 3.7 percent from 2016 to 2022. Water-based adhesives segment held about 40 percent share of the global adhesives market in 2015, owing to its viability as an alternative choice to conventional solvent-based adhesive products.

Factors driving the overall adhesives and sealants market are increasing automobile production and surging demand for packaging material. The automotive industry is gradually replacing welding activities of engine parts assembly with adhesives and sealants products to reduce the vehicle weight, which in turn increases fuel efficiency. Strong growth in infrastructure activity is also expected to drive the growth of adhesives and sealants market. Rapid urbanization and population growth in developing countries combined with rebounding construction activities in developed markets of Europe and the U.S. is fueling the demand for adhesives & sealants products. Stringent regulations on volatile organic chemical (VOC) emission is likely to restrain the market, as solvent-based adhesives (vinyl acetate, resins, rubber and others) have the tendency to react with nitrogen oxides present in the atmosphere to form ozone, which poses a health threat by causing respiratory problems. The increasing popularity of environment-friendly adhesives over traditional solvent-based and water-based adhesives acts as an opportunity for the market growth.

Water-based adhesives segment is expected to continue its lead throughout the analysis period. This is owing to inkling of major end-user industries namely packaging and construction toward water-based adhesive products; as solvent-based adhesive products are highly prone to volatile organic compound (VOC) emissions. Other factors attributing to its growth are its user-friendly nature and safety in the working environment. Water-based adhesives are free of toxic elements and hazardous organic elements, thus fulfilling the regulations. In the year 2015, the silicone-based sealants segment occupied more than 40 percent of the world Sealants market revenue due to compatibility, strength, stability, and durability. Compatibility of silicone sealants in construction applications has made it the most commendable type in the market.

The demand from footwear and medical applications is increasing at the higher CAGRs of 5.6 percent and 4.8 percent, respectively, during the forecast period. This is due to reasons such as, increasing global footwear production, especially in China & other emerging countries, and growing Adhesives usage in several medical areas, such as implant, tissue bonding, dental and wound closure.

Key findings of the study

Asia-Pacific is expected to continue to lead the market throughout 2022, followed by Europe.
Silicone sealants are expected to dominate the sealants market until 2022.

Paperboard & packaging and building & construction together accounted more than half of the global Adhesives & sealants demand in 2015.

Hot melt adhesives market volume is projected to grow with a higher CAGR of 6.1 percent during the forecast period.

China alone contributed to around 20% of the world adhesives & sealants revenue in 2015.
Asia-Pacific and Europe dominate the adhesives & sealants market, together contributing two-thirds of the world’s revenue. Globally, Asia-Pacific dominates the building and construction, packaging, and automotive production, where adhesives and sealants are majorly applicable. Hence, this region was the major consumer of adhesives and sealants in 2015, and is expected to maintain this position throughout the forecast period. 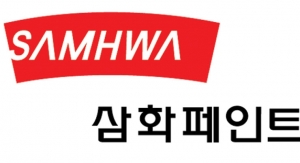