With more than 150 gallons of OLYMPIC MAXIMUM stain and 33,000 WOOSTER paint brushes, the Olympic Paints and Stains brand of PPG has achieved the GUINNESS WORLD RECORDS title for the Largest paintbrush mosaic.

Hundreds of shoppers and guests at 21 LOWE’S locations across the Midwest and east coast helped to build the 350-square-foot mosaic as part of the Olympic Maximum stain tour. The tour stopped first in Indianapolis in early May, where the paintbrush mosaic of stained Adirondack chairs overlooking a colorful sunset began. Each tour attendee along the 1,500-mile route could dip a paintbrush in Olympic Maximum stain and personally sign it to contribute to the artwork.

The mosaic was completed today and awarded the GUINNESS WORLD RECORDS title at an event in Charlotte, North Carolina, near the Lowe’s headquarters. Representatives of Lowe’s stores and Olympic Paints and Stains joined customers and GUINNESS WORLD RECORDS adjudicator Michael Furnari to see the final mosaic unveiled in a curtain-drop ceremony.

“We were able to make a big splash throughout the Olympic Maximum tour with the paintbrush mosaic,” said Alison Bruce, PPG senior channel manager – Olympic stains. “Consumers loved being a part of the record-breaking process at each stop along the tour, and it was as memorable for them as it was for us. This accomplishment would not have been possible without our customers’ involvement and engagement in the Olympic Maximum stain demonstrations.”

In addition to contributing to the mosaic, the Olympic Maximum stain tour offered consumers the chance to learn more about the Olympic Maximum product with unique WEATHER-READY application, which allows for a wider window of time to stain wood, even in adverse weather conditions. Do-it-yourself consumers participated in interactive demonstrations, including damp-wood application, and learned about cold and warm weather application. At each stop, oversized stained Adirondack chairs provided a viewing area that allowed guests to watch as other event attendees contributed paintbrushes to the mosaic.

The Olympic Maximum product with Weather-Ready application can be applied after rain because it is formulated for damp-wood applications* for consistent results. Also, the product is rain-ready 8-12 hours after application, which is 12-16 hours faster than typical stain products, so homeowners no longer have to fear their completed project will be ruined by unpredictable rain. *Stain may be applied to a damp, not WET surface. Make sure there are no puddles. In addition to its rain-ready features, Olympic Maximum stain’s unique formula offers a wider range of application temperatures, from 35 F to 90 F. 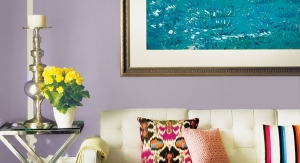 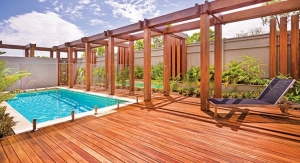 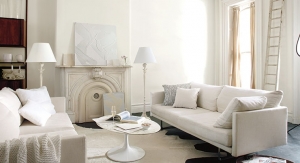 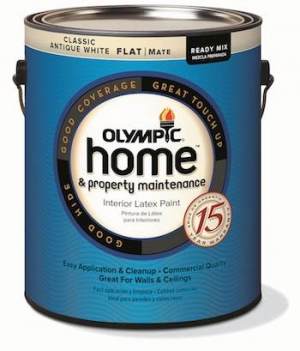 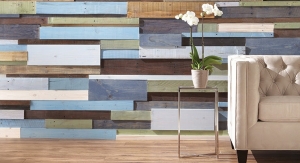