Axalta Coating Systems is the Presenting Sponsor of the Charity Preview at the 2016 North American International Auto Show (NAIAS) at Cobo Center in Detroit, Michigan. The NAIAS Charity Preview, which will take place on January 15, 2016, is consistently the largest single night fundraiser in the United States.

“We are pleased to be a part of NAIAS’s Annual Charity Preview,” said Steven Markevich, Axalta’s Executive Vice President and President of Transportation Coatings and Greater China. “We take pride in being able to support such an exceptional, international event that provides so much to numerous local charities. As a trusted partner in helping automakers develop the appearance and character of their vehicle brands, the Axalta team looks forward to adding a little color to this black-tie affair.”

“The Charity Preview is truly a remarkable experience and we’re thrilled to have Axalta involved as our Presenting Sponsor,” said Paul Sabatini, 2016 NAIAS Chairman. “Axalta is world-renowned for its color expertise and we look forward to seeing what flare they add to our charity celebration.”

Axalta will also participate in many festivities during the preview week including the annual EyesOn Design program that benefits the Detroit Institute of Ophthalmology and Axalta will announce its North American Automotive Color of the Year 2016.
Related Searches
Related Knowledge Center
Suggested For You 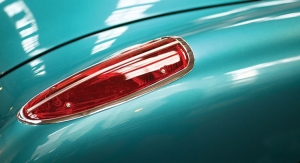 PPG to Highlight Coatings for Automotive Surfaces at 2016 NAIAS Show